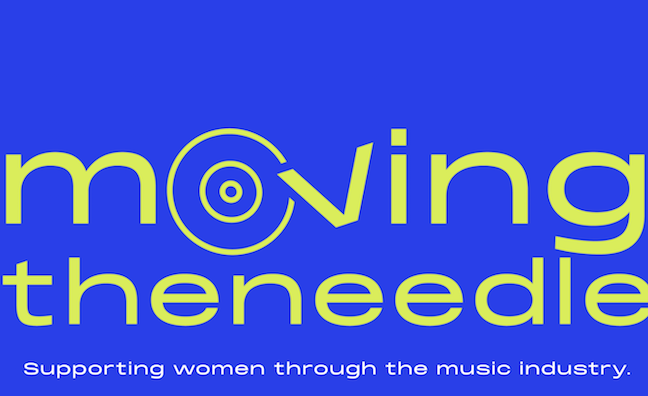 Moving The Needle, a new initiative to support women in the music industry, has launched in the UK today (March 8).

Moving The Needle (MTN) offers education, mentoring and support through workshops and panel discussions. Launched on International Women’s Day, MTN aims to boost the pipeline of young female executives entering the industry through education, while supporting women working in all sectors of the business and helping them reach senior management positions.

Karen Emanuel, CEO, Key Production Group, said: “If we want more women to make it in our industry, we need them in every niche and every level of seniority. In the late 1980s, someone told me that to join this industry, I’d have to start as a secretary. Well I never learned to type, and I’ve done pretty well without that skill by knowing my numbers. But I’m still not seeing enough women come in and rise to the top in the ‘nuts and bolts’ side of this business. It drives me crazy.”

Jenni Cochrane, CEO, Getahead, said: “It’s about education and opening gateways after university. Students we meet are blown away by the fact we are women who’ve reached such a senior level in music. That shouldn’t be the case.”

If we want more women to make it in our industry, we need them in every niche and level of seniority

Published in October 2020, UK Music’s Diversity Report showed that women hold 65% of entry-level roles in music and only one third of senior management positions.

The report said that women earn 73% of what men get paid, while for those earning a bonus, it’s 23% lower.

A press release said that MTN is working towards a 50% gender split in senior management roles, a 0% gender pay gap and a music industry with “women of all backgrounds, ethnicities and personality types join the many niches and roles available”.

Vick Bain, consultant and curator of The F-List, is on MTN’s advisory board. “There is not one black, female CEO or Chair of a UK music trade body,” Bain said. “Everyone in the industry should be helping in our mission. We want to feel proud that our dynamic industry is fair and diverse, and we’re prepared to make some noise to make this happen. We need people and organisations to join in our mission. The time is now!”

Bain also emphasised the importance of encouraging women to remain in the industry for longer. “Nearly half (46%) of our music performance graduates are female, yet just 14% of songwriters and composers are women,” said Bain. “Women exit the music industry far too young.”

Karen Emanuel said: “Women may leave because they don’t get good enough support after returning from maternity leave, or because having children means they are unable to network as much as their male counterparts, or because, certainly pre-Covid, they aren’t given the flexibility they need. Or maybe they just assume they’ll never get to the top, because they hardly see any women there. When I started Key Production, people would arrive in my office and ask me if they could see the boss. I was the boss!”

BIMM’s Jen Otter Bickerdike said: “I’ve never, ever had a mentor in the industry. There’s a real lack of support for women. When I left the label, no women were above me, which indicated there was no pathway. We hope to make a difference now as part of Moving The Needle.”

Silvia Montello, founder and CEO of VoiceBox Consulting, said: “There are very few women in A&R, which means fewer females are signed to labels. This in turn means fewer female artists enter the music industry talent pipeline. Due to unconscious bias, your average middle class white male A&R guy is more likely to sign artists who are similar to him.”

Julie Weir, label head at Music For Nations added: “We’ll be telling young women at schools and colleges about the rich array of roles on offer. They may only know about the roles traditionally associated with women, such as PR and marketing. I’ve been part of the music industry for 25 years in many forms, and feel privileged as such. I want to be able to give something back and bring through a new generation of people into this creative and vibrant world.”

Siofra McComb, MD at Positive Subversion, commented: “There’s a lack of mentoring support within the industry, and that’s partly the reason why I wanted to get involved in MTN. We want to support young women to come into areas of music normally associated with men if they want to. Why shouldn’t an engineering role for a label be suitable for a woman?”