'They are in a genre of one': Music For Nations head Julie Weir on the return of Tool 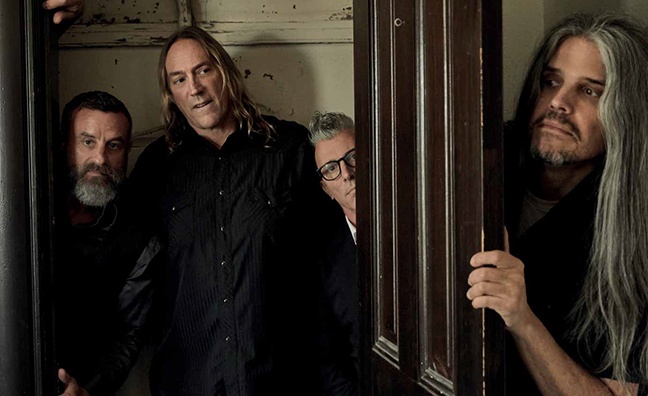 The album follows the band finally greenlighting their catalogue for Spotify, Apple et al last month, having previously been one of the few major music acts to have resisted putting their albums onto streaming platforms.

In a recent edition of Music Week, we dived deep into the return of the band, speaking to their manager Pete Riedling, plus their Music For Nations and Sony Music teams, to get the story of a comeback campaign like no other.

“The sheer depth of sound, and intricacies in there make it a many faceted beast of an album,” MFN label head Julie Weir told Music Week of Fear Inoculum. “It’s an album that will keep on giving to the listener for some time, and maybe only stop doing so when the listener stops digging themselves. Fear Inoculum is a body of work that, in my eyes, is a career best. And something that the band deserve to feel incredibly proud of.”

Here, in an unread extract of our interview, Weir tells us more about what makes Tool so special, and how Music For Nations/Sony have gone about getting the word out to fans about Tool’s momentous return…

When did you first come across Tool?
“I was working in a record store in Leeds – Nail Records, which is now defunct – and had my first exposure then, around 1992/1993. I’ve loved them ever since. My first impressions revolved around the mindblowing imagery and mindbending time signatures. It’s just so interesting. I wouldn’t say I was part of the message board mafia, but I did do a lot of reading around their symbolism and subject matter. That’s a conversation for another time and a very comfy chair and a suitable beverage…”

What’s unique about them as a band in your eyes?
“You hear the intro to any Tool track and you know them. You can feel it’s Tool. Their sound is unmistakeable. Pair that with the outstanding, beautifully lavish packaging  and artwork from visionary illustrator and artist, Alex Grey, and their complex and hypnotic live production and aesthetic…They are in a genre of one. The aesthetic and musical depth and consideration is staggering. So, I guess that’s one of the reasons for the new album taking – a very lucky! – 13 years to birth.”

How does it feel to be a part of this Tool album?
“I have been campaigning for the Tool album to be an Music For Nations release in the UK since I first came on board at Sony. I am honestly chuffed to pieces for the team here to be working it, and to be working with some amazing people on it, too. The three-year route has been a long one but being part of the catalogue launch and seeing everything come together is a career highlight for me definitely. Pete Riedling, their manager, has been a constant source of fun and advice – not to mention great company on a night out – throughout the experience so far. And he’s been very welcoming to MFN who, even though we were there back in the day for Tool’s early days releases, are very new to the overall Tool team at Sony. We owe a big debt of thanks to Ann Chien in management too for getting the press and responses organized, JoAnn Kaeding and Talita Zuiderveld in international at Sony Music for their continuing support. On the team front, I also have to give big thanks to Mark James (Turn the Page) for the tenacity on press in the UK and also to Monica Seide-Evanson for collaboration in the US and to Tony Cooke at Scream for UK radio support. It is definitely a big project that has given us a learning curve in some areas that haven’t been touched before, I dare say on any project! But we are all the better for it.”

We're very happy that the streaming generation is now able to access this band... They're such an influential entity, I can see a load of kids getting inspired to pick up guitars

What was MFN’s plan of attack in the UK in terms of reaching pre-existing fans after 13 year gap and also introducing the band to a new generation of fans?
“Obviously, catalogue is a huge outreach here, and the band have truly embraced the digital realm by taking on the social media world head on – and impressively too, with high engagement rates. Their fans hang on every post. We are working with the band on this closely, and through both traditional (print and outdoor) and digital marketing. It’s an exciting time to be able to get a substantial statement of intent marketing message across to a very loyal audience and to broaden that audience too. We have great artwork to work with, too.”

What’s the biggest challenge of the campaign been and how did you tackle it?
“I think the difficult challenge has been surpassed in that a) we have catalogue online and b) we have a new album. That’s the two things that have been the challenges. Obviously, both catalogue and new album are to be worked and we will be doing so for the forseeable future!”

Prior to its release, Tool put their back catalogue on streaming – what did you make of the reaction?
“It feels like a massive weight has been lifted! The DSPs have been very supportive of the catalogue launch. It’s been one hundred per cent positive. And we are very happy that the streaming generations are now able to access this band. I have to say, they are such an influential entity that I can see a load of kids getting inspired to pick up guitars, as it is something they haven’t heard before. It’s musical food for thought”

What has been the response to the new album been so far?
“The level of response to the album through the industry and wider has been outstanding and something we are very proud of. Not least the fact that on September 1, Daniel P Carter is hosting an unprecedented episode of the Radio 1 Rock Show where will he playing the whole of Fear Inoculum with interviews with bands that have been influenced by, and are passionate about, Tool. It’s a great statement of intent for the band, and for MFN. And a very bold statement for the Rock Show. Bring it on!”