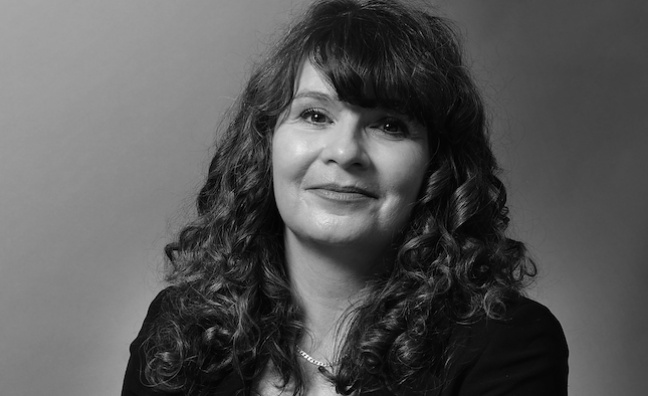 In a congratulatory video, executives highlighted Bayley’s achievement in transforming ERA from an association of purely physical retailers (the British Association of Record Dealers) to one which now represents some of the largest entertainment technology companies in the world.

Rob Stringer, chairman of Sony Music Group, said: “Congratulations, Kim, on an incredible tenure leading ERA. Having known you from your BARD days (which is definitely a while ago!) you have since overseen a complex transition to an organization that undoubtedly helps keep the recording industry focused and pragmatic which is not always an easy task! It is good to know your stellar work is being recognized on this anniversary!"

Max Lousada, CEO of recorded music at Warner Music Group, said: “During a period of extraordinary transformation in the entertainment economy, Kim Bayley and the team at ERA have been at the forefront of change, championing a great array of businesses and services. We send Kim very best wishes for her fantastic 20th anniversary.”

Lyor Cohen, global head of music at Google and YouTube, said: “Kim, congratulations on 20 years. How fast does time fly by! Thank you for all you do for the music industry. It is so nice to see it on the upswing. I know wer really appreciate everything you do.

Doug Putman, owner of HMV UK, said: “I’ve not known Kim for the full 20 years but in the time I have been involved with HMV and Fopp, we have been incredibly grateful for Kim’s representation, cross industry communication and support. She is an asset to the entertainment sector and we look forward to working with her well into the future.”

Martin Mills, founder and chairman of Beggars Group, said: “Many congratulations, Kim, on such a milestone! And for having led retail into a bright, new, un-disintermediated future whilst indie physical thrives.”

Annabella Coldrick, chief executive of Music Managers Forum, said: “Congratulations, Kim, on leading ERA through a successful 20 years. I want to say how much I enjoy working with you personally and professionally and how it’s great to have another female CEO around the table.”

Geoff Taylor, CEO of the BPI, said: “I think years running a trade body are like dog years, so 20 years at ERA is a remarkable achievement. We have had a great many successful collaborations together including National Album Day and Record Store Day and many other things. It’s a great pleasure working with you so many congratulations from all your friends at the BPI.”

Speaking on behalf of the video industry, BASE CEO Liz Bales said: “Always practical and solution-focused, always supportive of the wider video category and its people, beyond what would be expected from ERA or yourself, always organised and calm – heartfelt congratulations from everyone at BASE.”

Kim Bayley noted that when she was first appointed, “one notable industry figure apparently was heard to say that he gave me six months in the role – so it’s quite gratifying to still be here 20 years later!”

Recalling her early days, she added: “Another board member was apparently distraught that I was (a) a woman and (b) not even a retailer – but Bob despite being what many might imagine as old school was certainly visionary enough to see that what a bunch of male shop owners needed was something unlike anyone else on the board!

“It’s been an amazing 20 years at many times challenging but for the most part inspiring. Integrating supermarkets, home delivery retailers and (God forbid!) digital services into essentially a group of high street shops was no small feat. Thankfully everyone has learnt from each other and it is recognised that they each have a role in the music eco-system – but getting to this point was by no means easy.”

In this month's edition of Music Week, Kim Bayley reflects on two decades at ERA’s helm. Issue out now.