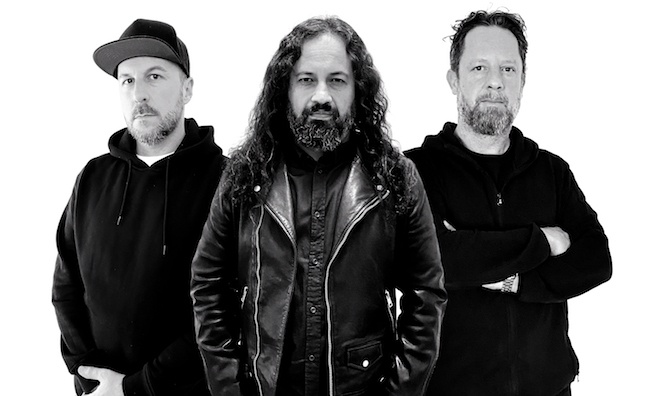 Thorsten Freese, MD of Believe, has revealed a series of strategic changes as part of a leadership restructure at Nuclear Blast Records.

Additionally, Tiffany Cantegrel, who will head up the newly formed global label marketing division and Leonard Loers will ally with the label as a creative consultant in the areas of A&R, communication, and business development.

Speaking about the restructure, Thorsten Freese said: “Nuclear Blast’s tremendous success and growth over the years is the true essence of a company that understands the need to evolve and is not afraid to embrace the future. I truly believe that the new management team is the right one for Nuclear Blast to achieve a greater level of success as it sets out to establish itself as a one, true global powerhouse, and as MD of Believe in Germany, it is with abundant pleasure to say that I’m thrilled to contribute to this journey together with all the resources Nuclear Blast currently enjoyed by Believe.”

Jerome Riera, the former head of Nuclear Blast's European label strategy, will now serve as the newly appointed Nuclear Blast Records European label manager. An official press release stated Riera “will ensure that all European-based artists and managers have a direct line of communication to the label’s management, creating a more dynamic and effective approach to the relationship between talent and the company.”

A former major label Metal artist himself, and also his own entrepreneur in the field of digital marketing and brand content, with brands such as Nike, and Ralph Lauren. Riera will also include managing creative teams, structuring the new global marketing team, and working in tandem with Gerardo Martinez, general manager for Nuclear Blast in The Americas, to ensure all initiatives and strategic moves are successfully achieved in Europe through label management and marketing.

Speaking about his appointment, Riera said: “Nuclear Blast is one of the most iconic brands in the metal, and for more than 30 years, the home of classic albums and incredible acts. It’s a real honor to be able now to contribute to building this new era with an amazing team, to keep the true spirit for the metal fans, and to push a modern digital approach to give the artists the worldwide support they deserve in this ever-evolving market.”

Gerardo Martinez, Nuclear Blast's general manager for the entire American continent, is a near two-decade Nuclear Blast veteran, who signed Slayer to the label and has worked closely with the roster's preeminent artists including Meshuggah, Testament, and Exodus.

“I’m thrilled to expand my abilities beyond the Americas and share my experience with the team in Europe as we continue to set our goals and targets for many years to come”, Martinez said. “In the six years that I’ve been at Nuclear Blast, I think that this is truly a turning point for the company in terms of adapting and embracing many of the new technology available to us while continuing the dominance of acquiring new talent for the label”, Hammer adds.

German MD Marcus Hammer will focus on the proper financial structure of artist deals and the optimisation of their contracts.

As part of Nuclear Blast's global expansion in the marketing arena, the label has also announced the addition of Tiffany Cantegrel, who will head up the newly formed global label marketing division. Working closely with the entire creative and marketing teams worldwide, Cantegrel will “oversee and implement new and creative global campaigns, as well as strategizing new media opportunities for the label and its roster.”

Cantegrel comes to the label with a diverse background in digital and traditional marketing, having spent more than seven years working with L’Oréal, Amazon, and most recently Amazon Music.

Cantegrel added: “I am thrilled to join Nuclear Blast Records! Metal has been a key part of my life since I was a teen. I actually started my metalhead journey with a number of NB bands and am still in love with this amazing roster. My time at Amazon Music convinced me that the music x tech environment was the right one for me, as my digital expertise and love for the music will best serve our artists worldwide, so joining Nuclear Blast was an obvious choice."

Nuclear Blast has announced that Leonard Loers will ally with the label as a creative consultant in the areas of A&R, communication, and business development. In addition to his affiliation with Nuclear Blast, Loers is the director of talent & management at the German festival promoter ICS group (Wacken Open Air).

Loers added: "We see ourselves, like Nuclear Blast, as the "Home of Metal" and we pursue the same goals to not only keep this genre relevant but to set new standards. Together we want to lead the Metal genre, into the digital world. We are convinced that Metal has the potential to also set new impulses in the digital business."