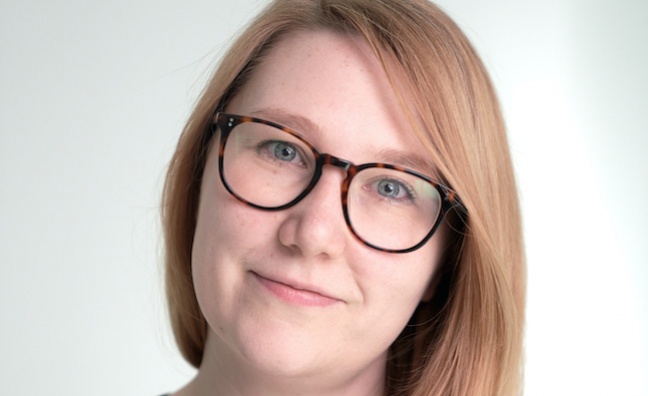 Charlotte de Burgh-Holder has been elected as chair of the Official Charts Company, the organisation which compiles the UK’s benchmark music and video sales data and charts.

De Burgh-Holder, director of commercial analytics at Sony Music UK, takes over the non-executive position this month. In doing so, she becomes both the youngest and first ever female chair in Official Charts history (since the company was incorporated in 1998).

The appointment is announced as the company gears up to celebrate 70 years of the Official Singles Chart in Q4, while pushing forward with their wider strategy to engage youth audiences with the Official Charts brand and cement the international expansion of the B2B business.

De Burgh-Holder takes on the role as a representative of the BPI, the association which represents the UK’s recorded music industry and which jointly owns the Official Charts Company with ERA. She succeeds Amazon Music’s Paul Firth, who has held the position for the past two-and-a-half years. Previous chairs of the Official Charts in recent decades include Universal’s David Joseph, Spotify’s Kevin Brown and BMG’s Korda Marshall.

In the role, De Burgh-Holder’s responsibilities involve working closely with Official Charts chief executive Martin Talbot to develop and steer strategy, and chairing the Official Charts board, which is made up of representatives from the ERA and BPI membership.

Charlotte de Burgh-Holder said: “I’m excited to step into this position and very much looking forward to working with Martin, his fantastic team, and the Official Charts board as we celebrate 70 years of the Official Singles Chart. Many thanks to Paul for his brilliant work over the past few years, and for taking the time to share his wisdom. We’re incredibly privileged in the UK to have access to the gold standard of charts that’s evolved with the market over the years. I’m looking forward to working with Official Charts as they continue to grow.”

Martin Talbot said: “I’m delighted that Charlotte is joining as our new chair and am looking forward immensely to working with her to drive the business forward. Charlotte is one of the smartest executives in the business with a laser focus on the important issues and an uncanny eye for detail. Even from our initial conversations, it has become clear to me that she will be a huge asset in helping push the organisation forward in this, the Official Singles Chart’s 70th anniversary year, and beyond.”

“I’d also like to thank Paul for his fantastic contribution as chairman over the past two years, playing a key part in supporting the business during a period of continuing change in the entertainment industry and the success in taking over compilation of the French Music Charts last year. I am delighted he will remain on the board, working with Charlotte, myself, the other directors, and the Official Charts team.”

Outgoing chair, Paul Firth of Amazon Music, said: “It’s been a pleasure chairing the Official Charts board over the past two-plus years, through the company’s international expansion, brand growth, through the challenges of lockdown, and more. I leave the organisation in very capable hands, with an abundance of opportunities and exciting challenges to navigate across both music and video. I wish Charlotte all the best in her new role, steering the business into the future.”

Geoff Taylor, CEO of the BPI, said: “We are grateful to Paul Firth for his excellent stewardship of the Official Charts Company and delighted that Charlotte de Burgh-Holder is stepping up to chair. In a rapidly evolving landscape of music consumption, Official Charts has an important role to fulfil, and we are delighted that Charlotte will now help us steer our way forward.”

Kim Bayley, chief executive of the Entertainment Retailers Association (ERA), said: “Paul Firth is a tough act to follow, but I am sure Charlotte's incredible charts knowledge and business acumen will be a huge asset to the business and I am delighted that she is taking up the reins at this pivotal time.”

Charlotte de Burgh-Holder joined Sony Music in 2016 and was promoted to director of commercial analytics in 2021. She has worked with the company’s digital partnership teams and labels to decipher the data delivered by partners, and translate insights into recommendations to support Sony Music’s roster of artists.