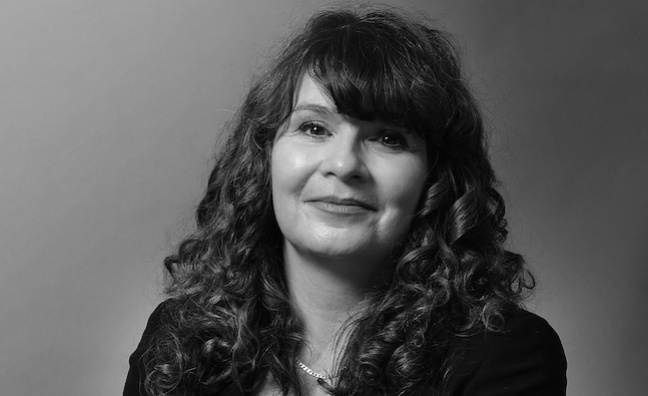 Kim Bayley has been recognised by the music industry for her 20 years in charge of the Entertainment Retailers Association (ERA).

And, even better than that, she received a personal video tribute from Jack Savoretti (Bayley is a fan, she revealed to Music Week).

Membership of the Entertainment Retailers Association (ERA) has more than doubled since Bayley took charge two decades ago this month. In the latest issue of Music Week, we quiz the chief exec about her achievements.

Here, in a bonus online Q&A, she celebrates triumphs such as Record Store Day, and looks back on some of the sector’s more challenging episodes…

Congratulations on 20 years as CEO. How do you reflect on ERA’s evolution?

“The trade body has changed so much over those 20 years. When I joined ERA, it was very much High Street retailers like Woolworths and Virgin. Now it’s a completely different beast with Spotify, Amazon and Google. So there’s been a lot to grapple with over the years to bring ERA to where it is now. Record Store Day is obviously a massive high point, with ERA taking that from a fledgling event when it started to probably the biggest new music promotion that there's been for the last decade. Growing that for our independent vendors has been huge. And launching other promotions like National Album Day together with the BPI. We've changed ERA in the way it approaches things. It's become much more commercial for our members, and the insights that we've delivered over the years have completely reset ERA in terms of our members’ expectations of what we do. We have a consumer tracking study that's run for over 10 years now in terms of tracking the changing market. So we've launched new services and new promotions, which have been great for our members.”

How did you reinvent the organisation?

“I was hired because they wanted someone to change the organisation. Luckily for me, they realised that they didn't want a retailer in charge; they wanted someone who came from a commercial background, who came from a background of launching new businesses and understanding where the industry was going. So I had the support of my board from the very beginning to change it into an organisation that represented not just music, but video and games and was moving into the digital space. When we started introducing companies like Amazon to the board, there was nervousness that they were a big beast and they wouldn't get music. But I think that's changed over the years. I've been lucky to have some really great board members through the years that have supported my vision in terms of turning ERA into the voice for entertainment, both physical and digital.”

How did you manage some of the big issues over the years like digital-first releases and cover-mount CDs free with newspapers?

“Cover-mount CDs was a much bigger issue than digital. Where retailers have always seen more tension is when the supply side of the industry tries to be a retailer rather than when other retailers come into the market. They accept that competition is good, they accept that innovation is good. When digital arrived, [the view was that] it was going to hopefully grow the market overall, and that is where we've ended up. If you look at all the graphs of the music industry over the last two decades that I've been here, it only started going up when digital retailers entered the market.”

We often hear about the role of catalogue in terms of streaming, but it’s also important for vinyl sales, isn’t it?

“In some ways, dividing things up between catalogue and frontline release is nonsensical. Because a lot of catalogue sales are people discovering that music for the first time, and so for them it's no different. Having the huge amount of music available on streaming services means that people are discovering catalogue more, and that then drives them to buy it on vinyl as well. So it's a massively positive thing for the industry that we offer people more and more music.”

Are you keeping an eye on any new or revived formats for music retailers??

“The thing with the music industry is that it constantly innovates. That's what's good about it - it finds gaps in the market. I think if you want a fan product, CD single might be a good thing to use at the moment because you can't get the vinyl through the plants. Likewise, NFTs will appeal to a certain number of consumers. If we stop innovating, that's when it's going to be bad for the music industry. I'd hate to predict what's going to win out in 10 years' time. Ten years ago, I might well have said streaming will win out. It's hard to pick winners and losers. It's just good that we have as many formats as possible for different customers.”

In the streaming era, does Q4 still matter?

“There's definitely a Q4 in physical terms. If you are wanting to gift something to someone in Q4, you're not going to gift them a Spotify subscription because they probably already have it. You're going to gift them an Arctic Monkeys vinyl or whatever you choose. So for  High Street retail, supermarkets and Amazon, there is definitely still a Q4 and product is still lined up for Q4. And that obviously drives streaming consumption as well, if people are creating new music to satisfy that Q4 demand that will drive overall sales.”

“We’re in year five and it has become quite established. Certainly all of the services and retailers are aware it happens. Which retailers engage will depend on who the ambassadors are and what the product is, but it's definitely established. I think the whole industry has got behind it in terms of its importance to keep talking about the album - to make sure that people do discover albums rather than just tracks. We're very happy really with National Album Day.”

And you must be proud of Record Store Day, which has become firmly established since its launch in 2008?

“Yes, hugely proud of Record Store Day and massively proud of Megan [Page, ERA coordinator], who does a huge amount of work for Record Store Day in the UK. But it's the retailers that really drove it. It's owned by the shops, they saw the potential for vinyl at a time where maybe the industry didn't see that potential. ERA has been able to help the shops bring that to fruition.”

The whole industry needs to focus on the fan

What are the key issues for members right now?

“There’s a lot of work around music streaming, making sure that our members can continue to innovate, making sure that they are definitely perceived as part of the industry. We're incredibly proud of our DSPs as well, in terms of what they've done in bringing fans together with music and being a really proactive part of the industry. So we work hard on their behalf. There’s lots of new research projects to help our members capitalise on the things that they can innovate on. And then working with our indies, to continue to drive promotions and music through National Album Day or Record Store Day, is in many ways business as usual.”

What do you think gaming has got right in the last few years? What are the lessons for music?

“The connection with the fans - their fans are really engaged. They also innovate and are able to innovate in a way that maybe music can't, because it's a newer industry. It's not constrained by some of the licensing problems that digital services in music have. They are able to create new things, they're at the forefront of virtual reality and at the forefront of artificial intelligence. I think they can just develop all of those things, and they seem to be able to command a massive price point from their fans.”

Is the power of the fan a crucial consideration?

“In ERA’s world, the fan is first. It's about creators and consumers, but consumers are ultimately fans and that is the role of our members - to bring fans together with the music, the films or the games that they really love. So the whole industry needs to focus on the fan, and not on the complications that the industry has. It’s about what the fans want and trying to deliver that to them.”

How is membership of ERA at this point now that you’ve been in charge for two decades?

“It's at the highest level it's ever been since I've looked after ERA. When I joined, we had about 110 members and we have about 270 members now, so it's more than doubled. It represents pretty much every independent shop that sells new music to any degree, most of the large digital services, and the supermarkets and High Street retailers in the middle. So while there are a few gaps, it's a fairly comprehensive membership.”

We have one music chain left, how do you feel about HMV’s continued presence on the High Street?

“I think it’s really important for music generally to have a large chain on the High Street. The fact that they are one of the few shops that sells music and video on the High Street is really positive for the industry as a whole. They're doing all the right things, they're mixing up their product base, they're catering to fans, you'll see that they have a lot of fan merchandise in their stores now. I think all of our members would acknowledge that they are pivotal for the industry.”

“We had a few years where, almost every Christmas, I took a call from some retailer that was going to be no longer.”

Are you confident that music retail has now settled down since that period of closures?

“I think it has because it's a very different world. So on the one hand you have large digital services. On the other hand, you have independent High Street retailers and HMV. You don't really have a large number of chains that are exiting the market. Obviously supermarkets have changed their position a little bit in stocking less entertainment. But I think the market is in a fairly steady place at the moment.”

Subscribers can read our magazine interview here for more from Kim Bayley on physical music, vinyl and the impact of the economic downturn.