Sainsbury's to stop selling CDs as consumers switch to streaming 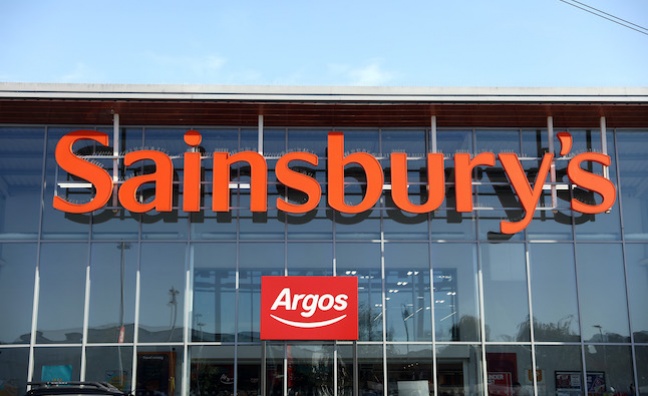 Sainsbury’s is to stop selling CDs and DVDs as consumers make the switch to streaming.

The decision is a blow for physical music sales, which represented 18.3% of the market last week, according to Official Charts Company data. There will now be fears that other chains will follow Sainsbury’s decision to withdraw CDs.

The chain said CDs and DVDs will be phased out, though vinyl will continue to be sold in some stores. The format has been growing for the last 13 years and sales of vinyl LPs were up 16.1% year-on-year in the first three months of 2021 to pass a million units (1,080,653)

Space for physical entertainment has been under pressure in supermarkets in recent years, as CD releases have failed to deliver the blockbuster sales of the past.

“Our customers increasingly go online for entertainment, so earlier this year we took the decision to gradually phase out the sale of DVDs and CDs, so that we can dedicate extra space to food and popular products like clothing and homewares,” a Sainsbury’s spokesperson told Music Week.

Sainsbury’s decision will also be a blow to the declining compilations market, which relies on CD sales. Physical compilation sales are down 11.1% for the year to date, compared to an increase of 3.9% for physical artist albums.

Pat Howe, Proper Music Group's head of sales, said: "We’ve been aware of Sainsbury's plans to phase out entertainment products as part of their refit for some time now. They have been great supporters for music and film over the years and always good to deal with. Fortunately, we are still seeing excellent physical sales through independent shops, HMV, online retailers and other supermarkets, with the UK’s physical revenue currently worth over £100m for the year to date according to ERA.

"The media desire to build a narrative about winners and losers in music formats dates back to the original decline in LP and cassettes in the late 1980s, and it’s time to acknowledge that a multitude of formats can co-exist in this golden era of choice. It’s also worth noting that CDs and Vinyl continue to play a crucial role in chart success, with 88% of unique No.1 albums this year boasting a physical majority.

"As retail strategies naturally change with the ebb and flow of customer demand, it’s possible that Sainsbury's may revisit this decision in the future — with vinyl remaining a prime example of times changing."