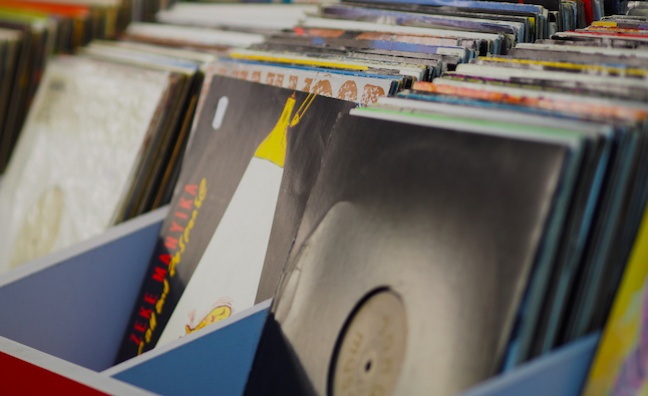 It’s official: the vinyl revival is here to stay.

As Music Week revealed in our Q1 analysis, sales of vinyl LPs were up 16.1% year-on-year in the first three months of 2021 to pass a million units (1,080,653), according to Official Charts Company data.

Remember, those results were achieved during a national lockdown. Last year, vinyl sales were also up – by 11.5% to 4.8 million units – despite the effects of the pandemic on retail and release plans.

Following the return of non-essential retail on April 12, sales have spiked. According to ERA research, the reopening of record shops has seen an aggregate year-on-year increase of 91% so far.

Even CD sales have increased markedly - up 64.6% year-on-year on aggregate for the fortnight. However, the long-term trends for CD are downwards, with Q1 registering a decline of 29.9% year-on-year.

Welcoming the latest figures since the return of retail, ERA CEO Kim Bayley said: “This is better than we could have hoped for. Like all physical retail, record shops have been through the wringer these past 12 months. Apart from dealing with furloughing staff, worrying about paying the bills and sickness among nearest and dearest, many shops have had to adapt to a whole new business model, and start trading online.

“There was an understandable nervousness about reopening again, so to come back and see this kind of bounce has been a real boost. It’s a shot in the arm for the physical business too – who would have thought that pent-up demand would produce a 65% increase in CD sales in 2021? The boom may not last forever, but it’s a touching vote of confidence from music fans that they really do appreciate music shops.”

Overall, physical sales were up 70.7% for the two-week period. The year-on-year comparison is against a period in the first 2020 lockdown, which took effect on March 23, 2020.

The results are encouraging for labels and physical retail in the run-up to Record Store Day 2021, as well as HMV’s 100th anniversary celebrations.

In this week’s albums chart, Tom Jones is on course for No.1 with Surrounded By Time (EMI) based on majority physical sales.

Physical sales have dominated sales for each chart-topping album for the last 15 weeks, including LPs by London Grammar, The Snuts, Lana Del Rey and Ben Howard. All had a majority physical sale except Taylor Swift’s Fearless (Taylor’s Version), for which first week physical sales were still the largest individual element.

Speaking to Music Week for our subscriber-only Q1 analysis last week, commercial execs from the majors hailed the growth of vinyl in the first quarter and welcomed the return of physical retail.

“Ironically the success story of the pandemic is the oldest (and analogue) format – vinyl,” said Charles Wood, Sony Music UK’s VP of market planning & media. “Last year people spent more time at home than ever before and invested in items for the home like turntables and then actually had time to sit down and listen. In lockdown, the physical sector did a fantastic job getting their online offerings up to speed and this was a major factor in the growth of vinyl.”

“The return of retail should help soften the decline in CD volumes as consumers will be able to walk up and browse and make impulse purchases,” he added.

“It’s fair to say the mass migration to online has enabled much of the sector to navigate one of the most challenging periods in retail history,” said Derek Allen, SVP, commercial at Warner Music. “I can see no reason why a return to traditional retail practices, coupled with a newly discovered talent for online exploitation, wouldn’t bode well for the continued growth of vinyl.”

“The early signs are positive and it seems levels of footfall are exceeding expectations,” added David Hawkes, MD of Universal Music UK’s Commercial Division. “The opening up of the High Street is very welcome and we hope business there will complement what has been an incredible performance by our online stores.

“We also have to give huge credit to the indie retailers who have navigated the lockdowns brilliantly – there are endless examples of stores whose loyal customer bases have helped them in pivoting to online business without really skipping a beat. When it comes to vinyl, the market has definitely broadened for the format. Vinyl is the ultimate demonstration of fandom.”

Subscribers can click here for the full Q1 analysis.