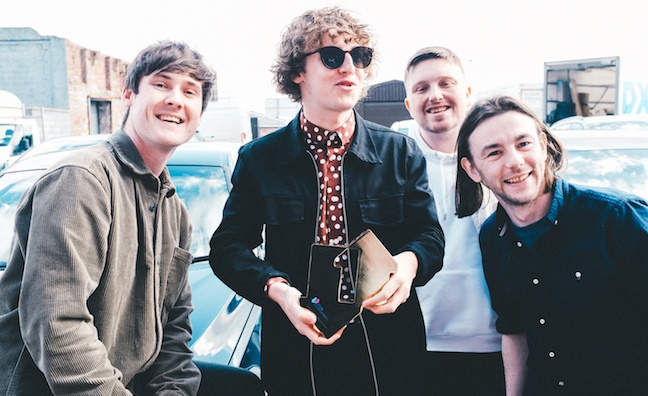 The Snuts have reached No.1 with their debut album WL (Parlophone).

The Scottish band opened at the summit after a close battle with Demi Lovato.

The Snuts finished the week with 20,455 sales (including 1,392 from streams), according to the Official Charts Company. It’s the 13th consecutive week in which the No.1 album has had a majority physical sale.

Demi Lovato’s Dancing With The Devil – The Art Of (Polydor) was just 272 sales behind on 20,183 (including 2,849 from streams). Lovato overtook The Snuts late in the week but the band pulled ahead on the final day’s sales. They also claimed No.1 on the vinyl albums chart and the Official Record Store chart.

The Snuts become the first Scottish band in 14 years to enter at No.1 with their debut album since The View’s Hats Off To The Buskers in 2007. The band built up their following as a touring act before the pandemic and have enjoyed airplay support this year.

The Scottish Music Industry Association (SMIA) said: "A huge congratulations to The Snuts for landing a UK No.1 album with WL. As the first Scottish band to do so with their debut record since The View's Hats Off to the Buskers in 2007, this is an incredible achievement; not least at a time of significant challenges industry wide. Their success follows on from Mogwai claiming the No.1 spot just a few weeks back with As The Love Continues, highlighting the strength, passion and determination from Scotland's artists and music industry, and signifying an exciting and impactful period of engagement and connection with Scottish music."