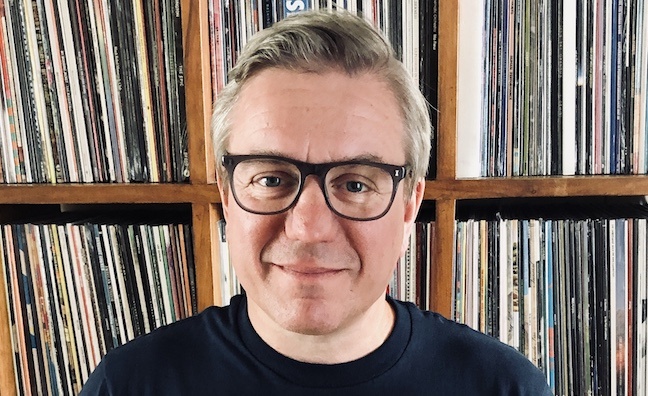 The indie giant has been involved in a run of Top 5 albums including Sleaford Mods, Bicep, Black Country, New Road, Arlo Parks, Maximo Park and Mogwai, who scored their first No.1 LP 25 years into their recording career.

“The pandemic has created a real sense of togetherness and altruism within the independent sector,” PIAS UK MD Jason Rackham told Music Week. “I think that is probably going to usher in a golden age for independents going forward and we're seeing that already. Through our various relationships with labels and management companies, we've had this incredible run from the start of the year.

“There’s a background of togetherness, resilience and drive that's been created with the environment we're operating in. There’s a really good diversity of repertoire that is coming through and being successful – it feels very promising.”

PIAS has a range of relationships with artists and labels, from its own label operation to distribution, service deals and joint ventures.

Dance duo Bicep charted at No.2 with Isles (Ninja Tune), which has 22,248 sales to date (33.3% from streams) according to the Official Charts Company.

“For the same label, having Black Country, New Road coming through and charting at No.4 was interesting, because that’s a band who had been developed pre-lockdown and then released [their debut] during lockdown to great success. So they’re really good examples of successes with our distribution partners.”

From a global perspective, Arlo Parks is one of PIAS’ most significant new artists of recent years. Her debut Collapsed In Sunbeams (Transgressive) peaked at No.3 last month and has sales to date of 22,768.

Rackham signed a deal with Transgressive a decade ago when it emerged from an agreement with Warner Music. PIAS entered into a co-funding and co-licensing deal, whereby it invested in Transgressive and shared global rights with the label. The PIAS team in the UK and across the global territories work in tandem with Transgressive, as well as manager Ali Raymond at Beatnik Creative management.

“We've had the breakthrough of Arlo Parks on Transgressive,” said Rackham. “It's come together really well. Arlo had done a lot of set-up before signing to Transgressive. But since then, we've seen this really impressive campaign developed whereby you have an artist, based in London, and us running the international campaign for her through content creation and digital strategy. We have delivered Top 5 fin the UK, Top 10 in Germany, Top 20 in Australia. We got close to 6,000 units in week one in America.”

The campaign included strong partnerships with DSPs, including a film with Amazon Music. In common with other label execs, Rackham noted that success has come without the usual global promotional or touring effort.

“We’re heading into a really interesting era from a climate point of view, cost efficiency and wellbeing,” he said. “Artists can actually set up and run an international campaign from a base and make some serious inroads into markets where maybe they've never even been.

“Arlo hasn't even been to America. Yet she's got the full house for American TV – James Corden, Stephen Colbert – and without putting her and a band on a plane to the States; it's just all being filmed in London, produced here and delivered. It's an interesting new way of working, and it's got lots of benefits. The independent sector’s really embraced it, not just the labels but the stores too.”

Indie retail has seen strong results in the past year, particularly for vinyl, as they worked around Covid restrictions and staged virtual events with artists. Rackham is co-founder of the Love Record Stores event, which launched as a social media initiative.

PIAS reached No.1 with Mogwai’s As The Love Continues (Rock Action), which has 14,737 sales to date. They nearly did it again the following week until Architects pipped Maximo Park to the top spot.

“Who would have thought they'd be having a No.2 album and selling double what they sold on their last record?” said Rackham. “That's a really good example of how we can partner creatively with management companies as well. Prolifica Management have pivoted into being a label, and we've done a Co-op label funding deal with them, which has resulted in all four of their album releases going Top 10 so far.”

Rackham also noted the role of social media in chart campaigns for Mogwai and Maximo Park.

“The Mogwai fanbase got very motivated around this social media campaign and it drove them No.1,” he said. “Stuart Braithwaite then handed over the baton to Maximo Park. It’s really interesting to see how social media activations are connecting with fanbases, who go out and buy records from stores or engage with DSPs.

“It was kind of crazy, on one hand you had Middlesbrough Football Club supporting it [Maximo Park’s No.1 bid] and on the other hand you had Rage Against The Machine. The band and the label were super happy, it's their joint highest chart position in quite a challenging environment.”

PIAS’ success as a label partner comes at a key time for the indie sector with rival AWAL being acquired by Sony Music. For those artists who want to remain 100% independent, that could present an opportunity for PIAS.

“We feel quite central to the independent sector with the various relationships across different labels,” said Rackham. “I understand the AWAL acquisition from a strategic point of view for Sony – it widens their A&R funnel and strengthens their A&R acquisition strategy in certain markets where they could be stronger. But at the same time, the flip side to that is it will help benefit the independent sector and other companies that operate within it.”

Rackham is now looking ahead to partnering with labels on new releases from Squid (Warp), 4AD’s Dry Cleaning (“the pre-orders on that record are already really strong”), Dropkick Murphys (Born and Bred), John Grant (Bella Union) and Claptone (Different). PIAS’ own label releases include albums from Geese (in partnership with Partisan), Foxes and LP (with State Of The Art).

“The independent sector has pulled together,” he told Music Week. “I don't just mean the labels, it’s the stores, the labels, the creators, the artists. It feels like everybody is rooting for each other and being supportive of each other.

“Obviously, there's a healthy competitiveness as well, which is good because that just drives success. But it does feel like there's this togetherness – I feel it in the AIM board meetings. You really get this sense of entrepreneurs and label heads coming together for the greater good.”

See the new edition of Music Week for more on Warp’s campaign for Squid’s debut.