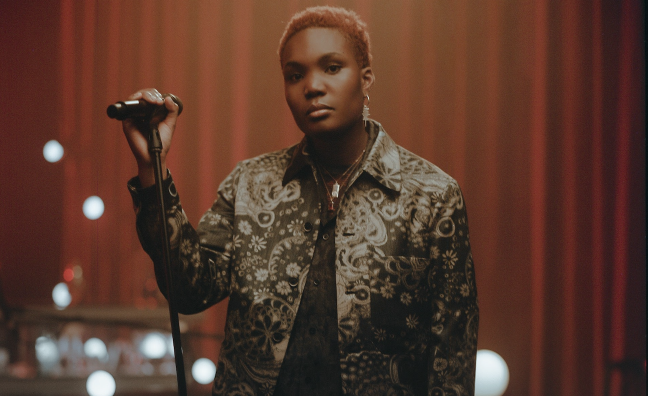 Arlo Parks and Amazon Music are launching a film to celebrate the release of her debut album, Collapsed In Sunbeams.

Billed as a ‘variety hour special’, Tonight With Arlo Parks will premiere on Friday (January 29) at 8pm on Amazon Music’s Twitch channel. On February 1, it will be available on Amazon Prime Video.

The show will feature performances of tracks from the record, which is due this week via Transgressive Records, plus conversations, poetry readings and collaborations, including Romy, Dave Okumu and Glass Animals. A full band featuring brass and strings has also been assembled.

Arlo Parks said: "I’ve always wanted to put together an evening of live music and intimate conversations and in times like these it feels even more special. It’s a blessing to be able to invite people into my musical world and spread a bit of light.

The pair said: “In a time where we’re all unable to leave our homes or travel, we wanted to make something that served a little like an escape to somewhere else. Music and performance are by their very nature entrancing and transportative, and we wanted to create a moment, or series of moments, that perhaps you can get lost in. Artists often have to fit into a format; this time, we wanted to build a format around the artist instead. Arlo is the perfect person to guide the viewer through a world, being that her words and music are an absolute encapsulation of our era. We hope that Tonight With Arlo Parks has the scope to surprise, soothe and entertain.”

Amazon Music has supported Arlo Parks – who starred on the cover of Music Week last year alongside Moses Boyd – throughout her career so far. The singer is an ambassador for Independent Venue Week 2021.

Read our On The Radar interview with Parks from 2019 here.