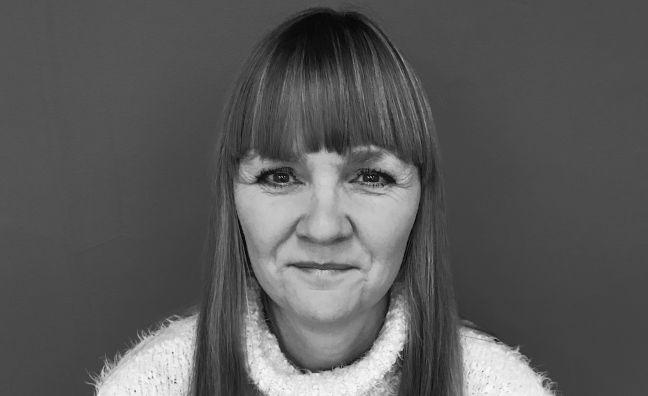 The end of January marks the traditional time for the UK's Independent Venue Week – a celebration of the country's grassroots venues and the people that work in them.

However, with no shows taking place organisers could have been forgiven for giving 2021 a miss. Instead, while there are no gigs, there is a full raft of digital events taking place during this week (January 25-31) and instead of the single ambassador of previous years, the IVW team has recruited four for the first time to represent each of the home nations – Amy MacDonald for Scotland, Arlo Parks is ambassador for England, Jordan Adetunji for Northern Ireland and Gruff Rhys is in for his native Wales. BBC Radio 6 Music and BBC Introducing are among the partners for this year’s IVW.

As the event gets underway, IVW founder and CEO Sybil Bell has spoken to Music Week about its online plans, her hopes for grassroots venues in 2021 and why she's really spoiling us with ambassadors this year...

You have four ambassadors this year, what is the thinking behind that?
"From the very start of Independent Venue Week, it’s been hugely important to us to reach every part of the UK. The ambassadors we’ve had in the past have shared their experiences of the grassroots live music community all around the country but as time has gone on, the nations have looked to champion their own, homegrown talent. We wanted to take that passion and give them a platform alongside our main ambassador. It helps to bring focus across the different nations and it’s been great to see how each artist’s experience compares. It also allows us to highlight artists at different levels of their career and across a range of genres, all in one year. One of our key goals is always to be as representative across all areas of music and community as possible."

Was this always a plan for the evolution of IVW or has the pandemic forced you to adapt?
"Every year we look to build on the previous year’s activity and engagement. This can mean signing up more venues or working with more promoters, artists and partners. Key to all of this is our amazing team of national and regional reps, people around the country at the heart of their local scene. The appointment of four ambassadors is all to do with the passion of the people and scenes in these places, so it was always going to happen."

It won’t be the traditional IVW, but there are still lots of stories to be told

How do you do an IVW without live shows?
"Well, it won’t be the traditional IVW, but there are still lots of stories to be told and experiences to share. At no point were we going to turn around to our community and say, ‘We’re not doing IVW this year’, that would have been a real blow. We are acutely sensitive of the diverse positions various part of our community are at right now. At one end, we have venues, promoters and artists who will not be engaging with the public until they can do so, in person. At the other end we have those that are desperate to do something, anything and are in touch with us all the time. And then we have everyone in between. So, this year, we are working hard to build activity with those that feel willing and able, which will allow us to keep the spotlight on the whole community, even if they aren’t taking part. BBC 6 Music and BBC Introducing have been incredible, and we’re working closely with them and all of our partners to offer as many stories and performances as we can."

What has been the reaction of venues to a digital IVW?
"It’s been really well received. The irony is that I set Independent Venue Week up as an antidote to discovering and consuming music on a screen. But everyone has had to adapt and overcome and it’s no different for us. There was a sense that 2021 would mark a turning point, but we all knew the start of the year was going to be tough. Even so, we didn’t anticipate we’d be where we are now when we were planning last summer. But new artists are still being tipped, people are still looking for new music and new creative experiences and our community deserves a chance to be celebrated, especially against the backdrop of their toughest year ever."

There has been government funding, and support from fans, but from the venues you speak to regularly, what is their assessment of the predicament?
"People are worn down and worn out. There have been so many false starts. I remember saying last spring when I spoke to Music Week that I was concerned spring shows being rescheduled for autumn might be too soon. And those shows did, in fact, get rescheduled to this spring but still with huge trepidation. For the freelancers, especially crew, it’s been particularly brutal and seeing different sectors of the grassroots live industry come together to address the gaps is one of the few positives to come out of this. It’s been exhausting and for those venues that held socially distanced gigs, it was a spark of energy but in many ways, it feels even more bitter to have found a way forward only to be cut off again. The biggest frustration is that this feels like it was avoidable. There has been real, and justified frustration around the lack of clarity of the messaging and the localisation of restrictions around the country, especially in the North. The vaccine offers some hope, but the rollout timetable is already unclear and it’s the lack of an end date or something close to it that just leaves everyone hanging in limbo."

If the live sector got a green light for shows, how quickly do you estimate that venues could be ready to open again?
"Some will be able to open relatively quickly – they did some socially distanced shows last year and have a proven process, as long as the crew and artists are ready to go too. Where you normally look to have a long lead time in to sell tickets, any show you put on now is going to be socially distanced and people are so hungry for them, tickets will go fast. For others, they will not go ahead until things return to 100% capacity."

To the industry, bring some of your larger artists back to grassroots venues and help lift them up

Have you given any thought on doing a bonus IVW or further live events as and when lockdown eases?
"We already have rescheduled IVW shows taking place in the spring so, yes. It’s always been part of our plan. But we’re not looking to do another full week – apart from anything, finding a week where everyone has the same avails is almost impossible and the big spotlight really is January. We have our 10th anniversary in two years. And, let’s not forget IVW in 2022 – we’ve already had so many people in the industry come to us and say it’s going to be a huge event, so we’ve got lots to focus on."

Finally, what is your message to the music industry and fans as to how they can best show their support for venues at the moment?
"For the industry, bring some of your larger artists back to these grassroots venues and help lift them up. They’ll need some warm up shows – use Independent Venue Week and our community to make these shows happen and everyone wins. And keep that support going with all of your artists – do some showcases, talk to venue operators and see how you can build closer relationships in a way that is more transparent and works for everyone involved. Follow The Council Of Independent Live Music to see how the grassroots and independent sectors will be coming together to build on the positives that have come out of the last year. For gig-goers, go to venues – until doors open, go to their websites and socials – see what they are doing and engage with them. Buy merch if you can afford it and if you can’t, just drop them a message – it goes a really long way. And when doors do reopen, get back down the front and bring as many mates as you can."