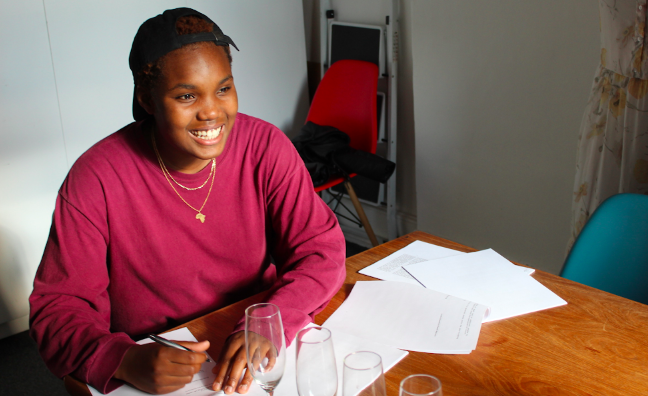 Parks debuted with Cola in 2018 and released the four-track Super Sad Generation earlier this year. Apple Music named her New Artist Of The Week in the wake of new track George, which came out earlier this month.

Arlo Parks said: “I was drawn to Transgressive’s passion and fierce independence. Our values aligned perfectly and I’m excited to be a part of this eclectic creative family.”

Parks, who has also been championed by BBC Radio 1, 1Xtra, BBC Music Introducing and Radio X is represented by Beatnik Creative.

Transgressive A&R Mike Harounoff said: It’s a pleasure to have Arlo Parks and the Beatnik team join the Transgressive family. It just felt right from our very first meeting, and our passion, enthusiasm and belief in them and the project has only grown ever since, as it always will do. We’ve got their back, and promise to make sure this is a most enjoyable and exciting partnership.”

Ali Raymond at Beatnik Creative: “It’s a real honour to join what I see as one of the best independent record labels today. Their innovation and creativity with their roster is something I’ve admired from afar for many years, so to now be working with them is incredibly exciting. Arlo Parks, with her independent mindset and huge ambition, is the perfect artist for the next chapter of Transgressive. The decision was an easy one to make.”

Parks played The Great Escape in Brighton last month and is set to perform at Glastonbury this week. The singer will return to the UK in October for a tour in support of Jordan Rakei.