Arlo Parks on the power of independent music's new generation 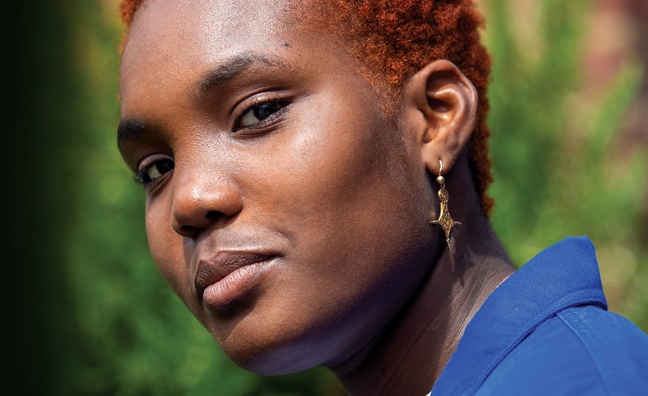 Arlo Parks has told Music Week that young independent artists are “destroying the concept of genre”.

Starring on the cover alongside fellow AIM Awards nominee Moses Boyd for this week’s Indie Takeover edition of Music Week, Parks has opened up about her position in the scene and shared her thoughts on what makes the indie world tick.

“When I look at the cohort of artists in their twenties who are making music at the moment it makes me feel so excited, there’s such a broad range,” Parks said.

“It feels like vulnerable, emotional music is making a comeback and there is a space for it in the scene and that is exciting,” she continued. “People are really pushing boundaries and destroying genres as a concept.

The 20-year-old, who is signed to Transgressive and managed by Beatnik Creative, said that she wants to make a powerful impact with her music: “I want to approach my art with a level of transparency and empathy and I want to help people.”

Parks said that being an independent artist means “having creative freedom and being allowed to experiment and figure myself out.”

She praised Transgressive’s “wildly diverse” roster and said that what appeals most about the label is that “genre isn’t really a thing and I can really be anything”.

The South Londoner emerged after BBC Introducing played her music and DJ Jess Iszatt introduced her to Beatnik’s Alistair Raymond. The deal with Transgressive came soon after.

“There’s camaraderie and a sense of community in the indie world,” said Parks. “I have friends who are signed to a variety of labels and I enjoy that breadth, but within the indies there’s a sense that we’re in it together. The whole idea of being on an indie label is way more personal and family oriented.

“It feels like people are given a lot more space and are allowed time to marinate their ideas, rather than being rushed into it for a commercial deadline, but this is just from my eyes.”

Parks, who recently starred on NME’s digital cover and had her Black Dog single A-listed by both BBC Radio 1 and 6 Music, has been working on her debut album during lockdown.

“I’ve had a lot of space to reflect on what I want my debut to actually say, it’s a statement of intent, so I’ve been grateful for the time to think about what it will be,” she explained. “It’s in the very early, nebulous stages. I’ve been writing a lot but it hasn’t taken form yet, I like to write loads and loads and then cherry-pick and organise.”

In a wide-ranging interview the singer and songwriter spoke about the power of music to affect change in the fight against racism.

“It’s going to be very difficult to undo and it affects the lives of every single black person on the planet,” said Parks. “I’m optimistic, there’s a younger generation of human beings and artists who are actively willing to enact change, speak out and stand up for what they believe in.”

Read the full interview in the new issue of Music Week out now. Subscribers can read it online here. Look out for more from Arlo Parks and Moses Boyd on musicweek.com this week.