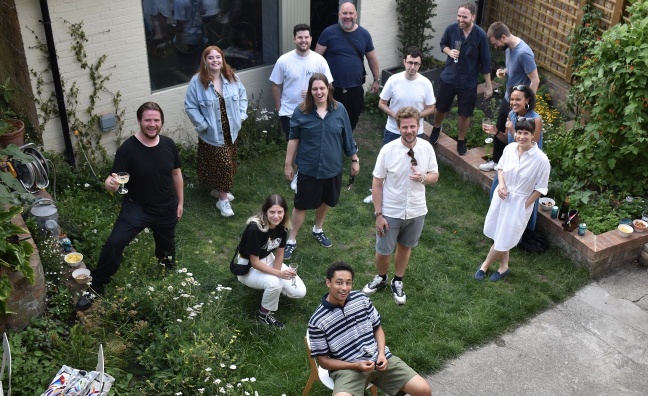 Carner has been nominated at the BRITs and shortlisted for the Mercury Music Prize and hit No.3 with his second album Not Waving, But Drowning (64,360 sales, OCC) in April last year. He is managed by recent Music Week cover stars Various Artists Management.

Loyle Carner’s biggest selling single is Ain’t Nothing Changed, with 151,746 sales. He has 1,941,426 monthly listeners on Spotify.

They said: “Transgressive had the great pleasure of releasing Loyle Carner’s first single five years ago and we have watched on with pride as he’s gone on to take over the country and further afield with his deeply affecting and powerful songs. With a landmark third album in the works, our reunion feels like perfect timing. Alongside our wonderful team and partners at Warner Chappell, we’re honoured to take forward the stunning catalogue he’s amassed thus far, as well as collaborate closely on all his vital new work. Loyle is a once-in-a-generation talent, and he’s just at the beginning.”

Loyle is a once-in-a-generation talent

Amber Davis, head of A&R, Warner Chappell Music UK, said: “Loyle Carner is an incredible songwriter, artist and performer. His songs take you on a journey and his words offer emotional openness, making him one of the most interesting artists in Britain today. He really is a special talent and I’m delighted that George Baker and our fantastic partners at Transgressive have brought him into us so we can support and work with him as he continues his budding career.”

Loyle's songs take you on a journey

Loyle Carner said: “It feels like I’ve come home. Transgressive has always had a special place in my heart, and with the added power of Warner Chappell it feels like the right move at the right time.”

Subscribers can read our Transgressive cover story from 2019 here.