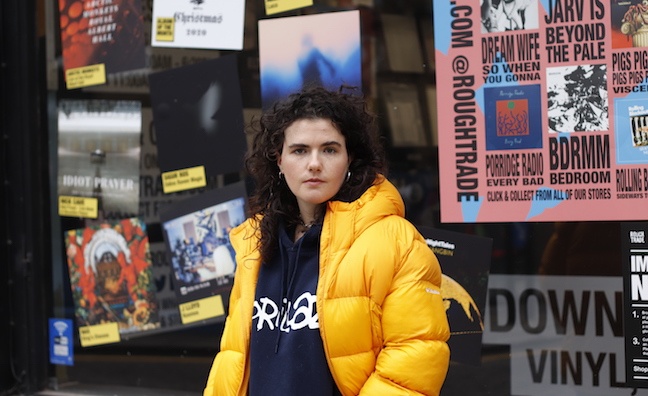 Following the success of the #loverecordstores campaign in 2020 and the subsequent Love Record Stores retail event, the campaign organisers have announced plans for a second event on Saturday, September 4, 2021.

The launch event took place last June and resulted in over £1m of sales for record stores. This year’s edition is being supported by The Association of Independent Music.

Now an important fixture in the music retail calendar for UK record retailers, labels and music fans, Love Record Stores 2021 will be an opportunity for the independent music community to come together to support record stores who have faced difficult trading conditions throughout the pandemic.

Given the UK government’s recent announcements about lifting lockdown restrictions for non-essential retail on April 12, the organisers are confident that Love Record Stores 2021 will see music fans able to visit and support their favourite physical stores rather than just their online websites to purchase vinyl exclusives across range of strictly limited-edition releases. This year will also hopefully include a wide range of live, in-store performances by artists and exclusive DJ sets throughout the day.

Georgia said: “I’m not just a fan of records: I’ve bought them, sold them, swapped them and collected them. Records and record shops have always been such a significant part of my life. I was five or six when my dad took me to a record shop for the first time – it was a shop tucked away in Soho that mostly sold techno and rave records, and I remember the atmosphere so well: the sense of excitement, the cave-like smell, the characters I’d see. My love really started there. As a teenager, I’d head down to Beggars Banquet on my lunch breaks and became so intrigued and obsessed by records: How do they get made? How do they get sold? Why do they feel and sound so much better than anything else?!

“Then, when I got a job at Rough Trade West off Portobello Road, records just became my whole world. Working there totally broadened my mind and shaped the person I am. I became fascinated by the culture that surrounded record shops, because no matter your taste or your background, they were their own cultural microcosm and community… and I truly believe that they still are! I couldn’t be more excited to be an ambassador for Love Record Stores 2021— I can’t wait to celebrate and honour the history of record shops and get the next generation into buying records.”

Jason Rackham, UK MD of PIAS and one of the founding organisers of the #loverecordstores campaign, said: “Our campaign was only ever meant to be a one-off response to the immediate crisis facing record stores during the pandemic. However, the #loverecordstores campaign itself and the Love Records Stores event we organised last year was so well received by independent record stores, the wider music industry and music fans we’ve decided to replicate the initiative this year.

“Finger crossed we will see more and more restrictions lifted as the year goes on and by September we hope that people will actually be able to go into and support their local stores rather than shopping online with them, which would be amazing. We would also like to thank Georgia for agreeing to be the Love Record Stores 2021 ambassador. She is a passionate supporter of independent record stores and will bring amazing energy and creativity to our planned activities.”

Rupert Morrison, of independent record store Drift Records in Totnes, Devon, said: "Back in the depths of our first lockdown, the Love Record Stores event was a beacon of light and positivity where many of us felt completely unsupported and more than a bit lost. Not only did we all see a big influx of cash into the (online) tills when we most needed it, we also benefited from the massive awareness drive. It was a total game changer. We're really excited to see how the Love Record Stores event can evolve this year to keep supporting indie shops with - we hope - open doors.”

A wide range of record labels are already confirmed to participate in Love Record Stores 2021, with full details of the exclusive releases available set to be announced in the near future.