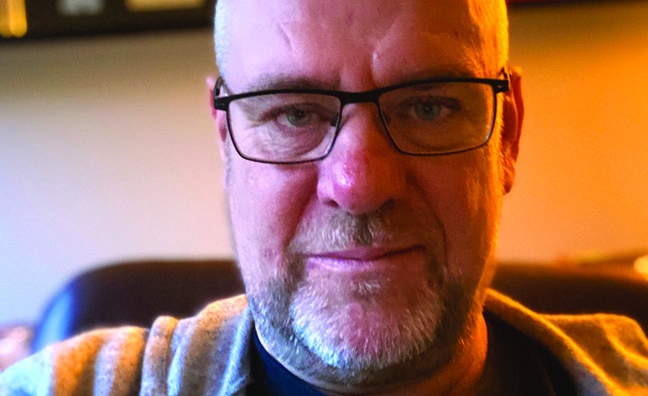 In the latest edition of Music Week, we celebrate the Love Record Store campaign.

Launched on March 26, the #loverecordstores initiative aims to encourage music fans to shop online with their favourite record stores on June 20.

There will also be special releases from Robyn, Moses Boyd, Belle & Sebastian, Bon Iver, Circa Waves, Mogwai, Caribou, King Gizzard & The Lizard Wizard and many more.

For our cover feature we speak to Love Record Stores’ official ambassador Tim Burgess. Inside, The Charlatans frontman talks through the importance of the initiative, why he launched his own label, the future of physical media and also reflects on his experiences hosting the hit lockdown Listening Parties series. Plus, there’s insight from other key people behind the campaign, including PIAS MD Jason Rackham, Heavenly Recordings’ Jeff Barrett, Fleet River Music’s Tony Crean and Velocity Comms’ Andy Saunders.

Here, PR guru Saunders talks about how they got the campaign off the ground…

What does Love Record Stores mean to the industry in your eyes?
“Well, I think what we tried to do was to shape a call to action that was based on raising both awareness of the imminent threats affecting record stores, but at the same time try to change consumer behaviour, so it was it was quite a big ask really. Unlike a lot of other campaigns that were launched during this period – and, of course, I'm involved in The Save Our Venues campaign as well – this was never going to be about raising money through donations. It was always about letting people know that they can still buy records from their favourite record stores. I think that it's done both those things, it's raised awareness, and it's helped music fans find a way to still support stores.”

Has the response from the artists and the industry surpassed your expectations?
“We were able to create a fair amount of momentum pretty quickly. And when pretty recognisable figures like Elton John and Martin Freeman got involved, it really amplified the campaign. People felt that there was a level of endorsement and gravity attached to it, and a lot more people went, ‘I do care about this, I will post something’ and it went viral pretty quickly, which we're very happy about.”

Did having Tim Burgess as your official ambassador make your job easier?
“It did, because nobody really wants to be talking to slightly balding, 50 year old blokes! They want to be talking to someone who's massively embedded in this and has written about it, loves it and has an authenticity about him. Having Tim be the public face of it has made things a lot easier for us and it's given us a really good focus for the campaign. And him going out there and talking about things in such a passionate and loving way makes a real difference. Tim Burgess OBE, I think!”

All the activity so far has been geared around one day – June 20. Is there scope to continue with the Love Record Stores campaign beyond that?
“I think it's important to say that we didn't want to control anything directly in this campaign. We wanted to create something that allowed the stores themselves and music acts to create and drive this initiative, which is where the focus on socials and the Love Record Stores hashtag ideas came from. So, the idea is that we created this hub of activity, but the power behind that has now been passed to the stores themselves and to music fans. I think it's going to be to them to carry this enthusiasm forward. If you think of it as a boulder at the top of the hill, we pushed it and now it's rolling down the hill and gathering speed and we hope that the focus and the attention and the profile this day gets on June 20 will really focus people's minds on supporting these stores moving forward.”

* For more on the Love Record Stores campaign, see the current issue of Music Week, available now. To make sure you can access Music Week wherever you are, sign up to our digital issue by clicking here.