Can vinyl production keep up with growing demand? 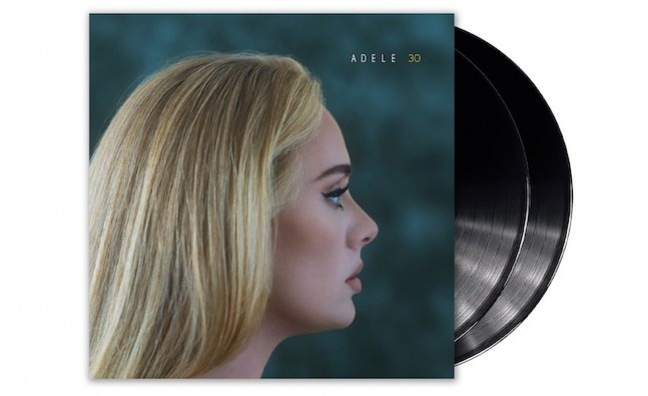 Vinyl sales dipped in the third quarter after a period of strong growth.

As revealed in Music Week’s exclusive Q3 analysis, vinyl LP purchases were down by 1.1% year-on-year in Q3.

It comes amid growing concerns about global vinyl capacity and the long lead times required of labels, particularly in the independent sector.

In the US, it was reported that production on Adele’s comeback album 30 ran to 500,000 units as Sony Music aimed to get stores fully stocked for the gifting period. With a particularly busy Q4, also including albums from Coldplay, ABBA and Ed Sheeran, that has further impacted the available capacity.

“Vinyl manufacturing is an issue for the entire global market,” Derek Allen, Warner Music’s SVP commercial, told Music Week. “Capacity has struggled for some time now to keep up with the unprecedented and sustained demand. The issue has been exacerbated by several enormous, internationally successful artists - Ed Sheeran, Adele, Coldplay, ABBA - all releasing albums within weeks of each other and all with the potential for some serious vinyl sales.

“What you have is a significant percentage of the manufacturing capacity being hoovered up by some massively high-profile projects.”

With the majority of plants based in Europe, the delays and costs associated with Brexit have also impacted the vinyl market.

A new launch in the UK by Press-On-Vinyl could offer some boost in capacity. But many labels are struggling to secure slots for vinyl and are forced to stagger digital and physical releases.

The supply issues have also had an inflationary impact on the format. Music retailers have reported price increases on certain titles, including classic catalogue and some new releases, particularly from Warner and Universal.

The new, two-disc album from The War On Drugs, I Don’t Live Here Anymore (Atlantic), retails at £40 (or £45 for coloured vinyl).

“Capacity pressure and the steep increase in the price of raw materials, allied with significant distribution cost increases born out of lorry driver shortages, higher wages, staff shortages and Brexit are all adversely impacting unit costs,” said Allen. “This unfortunately affects the entire market and is very much out of our control.”

Despite the dip in Q3, the vinyl sales of 1,121,608 were still above a million for the fifth quarter in a row. The decline is partly explained by a strong Q3 12 months ago when sales increased by 41.4% on the prior year.

"There’s no evidence that once people have tried vinyl they will be tempted to go back to CD," she told Music Week. "The pricing issue is a tough one. Retailers are on the frontline and are always conscious that consumers tend to hold them responsible for price hikes. But in a market affected by scarcity of supply, it’s no surprise prices are rising.

"Vinyl is clearly more of a luxury buy than it was in the past and whilst I do not think we should be overly concerned, we do need to ensure vinyl prices remain attractive particularly to younger audiences who often have less disposable income."

Despite the challenges for global production, execs remain hopeful about future the UK's vinyl market growth.

“The quarterly result feels like a blip and nothing that would suggest that the vinyl’s renaissance is coming to an end,” said Derek Allen.

After music fans invested in turntables during the pandemic, Charles Wood, Sony Music’s SVP, market planning & media, is also confident about the growth of the format.

“Like most anomalies over the past year – it really comes down to pandemic impact,” he told Music Week. “Year-on year-comparisons with 2020 were always going to have some blips. Q3 this year people were making a return to the workplace and so had less time at home to appreciate vinyl releases. We are confident that the strong physical release schedule this Q4 will continue the incredible momentum of the format.”

But if the LP is going to replace CD as the physical format of choice - and it may already have done so based on value - the industry will need to be confident about the long-term supply of vinyl.

Subscribers can read the full Q3 analysis here and our distribution report here.