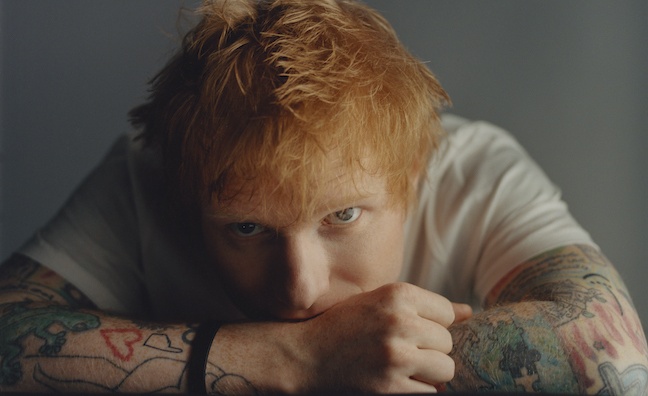 Warner Music is preparing to release one of their biggest albums in several years.

The previous blockbuster album in the mathematical series, ÷, broke streaming records in 2017, racked up huge sales and helped to rewrite chart rules. It’s opening week along was a mighty 671,542 sales and its career total is 3,781,286.

More than four years later, the market has shifted decisively from a payment to a consumption model.

Here, Derek Allen, SVP, commercial at Warner Music opens up about the launch of the album, the retail partners and the global game plan...

How significant is the roll-out for the sales team - what does a landmark release like this involve in terms of logistics, and partnerships?

“As you can imagine, with a release of this magnitude the work starts a long way out from the launch date. The beauty of an artist of Ed’s calibre and reach is that all of our commercial partners see the opportunity that an Ed album provides. They all feel they have a role to play in the artist-fan relationship, whether they’re a globally operating DSP or a national High Street chain, a huge supermarket group or a vinyl indie specialist. They all contribute and add value to the campaign and that is what our commercial team, working closely with Atlantic Records, must piece together.”

The market has changed so much since ÷, how do you think that will affect the first week's sales total for = ? And how important will physical be to the campaign, particularly given the increased vinyl market since 2017?

“The changes in chart rules, how streaming consumption is counted, coupled with the decline in CD and download sales, mean it’s highly unlikely we’ll ever see the huge week ones of the past. However, there’s not been a release of this magnitude for the last four years, so who can definitively say that Ed won’t single-handedly turn that trend on its head. Ed’s reach is so vast that physical will continue to be critical to the success of this campaign. All the key physical players have come through the pandemic, arguably stronger and fitter than ever, and all will be in play for this album. We’re working closely with all of these partners, as well as our own D2C platforms, to ensure everyone feels valued and everyone has ‘skin in the game’.”

Incredibly, Divide still has that week one streaming record for an album - what are the ambitions for = in terms of its opening?

“Inevitably, every Ed project is accompanied by a plethora of broken chart records, whether it be week one streams, number of weeks at No.1, highest pre-orders, most ticket sales… the list is endless. Who’s to say whether or not we can establish a new high-water mark for streams? What I can be sure of is that we’ll be working tirelessly with our global DSP partners to give it the best chance possible.”

How long will this release be supported in the marketplace, and will the UK team be coordinating European sales?

“There’s always a desire to have long and successful campaigns with all our artists, it’s one of the biggest challenges facing any label or artist. So many projects in the current market are exhausted inside three months. However, all of Ed’s albums have longevity built into their DNA. = will be no exception. We re-structured our department several years ago to ensure that UK commercial was at the heart of Europe and, as ever, when the UK is repertoire owner, the UK commercial team play a pivotal role in, negotiating, co-ordinating and ultimately landing pan-European and global plans with all of our commercial partners – it’s what we do!”

Subscribers can read our interview with Ed Sheeran’s manager Stuart Camp on the = campaign in the latest issue.