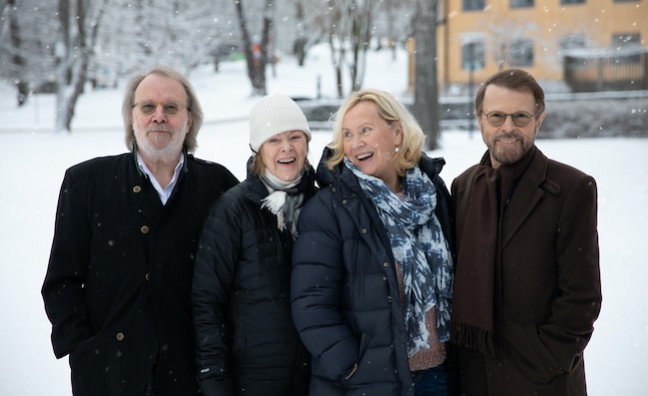 New figures from ERA reveal the full extent of the vinyl revival and its impact on the physical music market.

For the first time in two decades, the Entertainment Retailers Association has recorded a year-on-year increase in physical sales revenue.

It follows the BPI’s market figures based on unit sales, which revealed the continuing rise in vinyl and a slowing of the decline in CD, thanks to major releases from Adele, ABBA and Ed Sheeran. Sheeran has also sold significant quantities of CD singles in recent months.

Contrary to fears that 2020’s lockdown boom in streaming was a one-off, digital streams and sales continued to grow through 2021 with music revenues up another 8.7% and video up 13.3%. Only games faltered with sales down 3.3%.

ERA CEO Kim Bayley said: “The entire sector was braced for revenues to settle down in 2021 after 2020 grew an astonishing 18.7%, but growth continued – for the ninth successive year. Strikingly this growth is increasingly independent of new release activity; the vast majority of this growth being driven by digital services making entertainment more accessible and convenient than ever before. If we can repeat this success in 2022, the UK entertainment market will exceed £10bn for the first time.”

Nearly 90 pence in every pound spent on music, video and games is now online. Total digital revenues grew by 8.3% in 2021 to £8.66bn, more than the entire entertainment market was worth just two years ago.

In a boost for the music retail sector, physical revenues in music grew by 7.3%, their first growth since 2001, driven by the continuing boom in sales of vinyl, up 23.2% year-on-year to £135.6m. The increasing price of vinyl releases will have played its part in that result with some new titles costing up to £40. ERA will report on average unit prices later this year.

ABBA’s Voyage was the biggest-selling vinyl album of 2021.

Bayley added: “The return of physical music sales to growth a full two decades since they started to decline is nothing short of a miracle. It is a testament more than anything to the doggedness and resilience of physical retailers, led by the indies, who have driven the vinyl revival in the face of some initial scepticism.”

Music’s growth was once again driven by subscription streaming services from the likes of Spotify, Amazon, Apple and YouTube Music which reached £1.33bn in 2021 – more than the entire value of UK recorded music sales as recently as 2018. 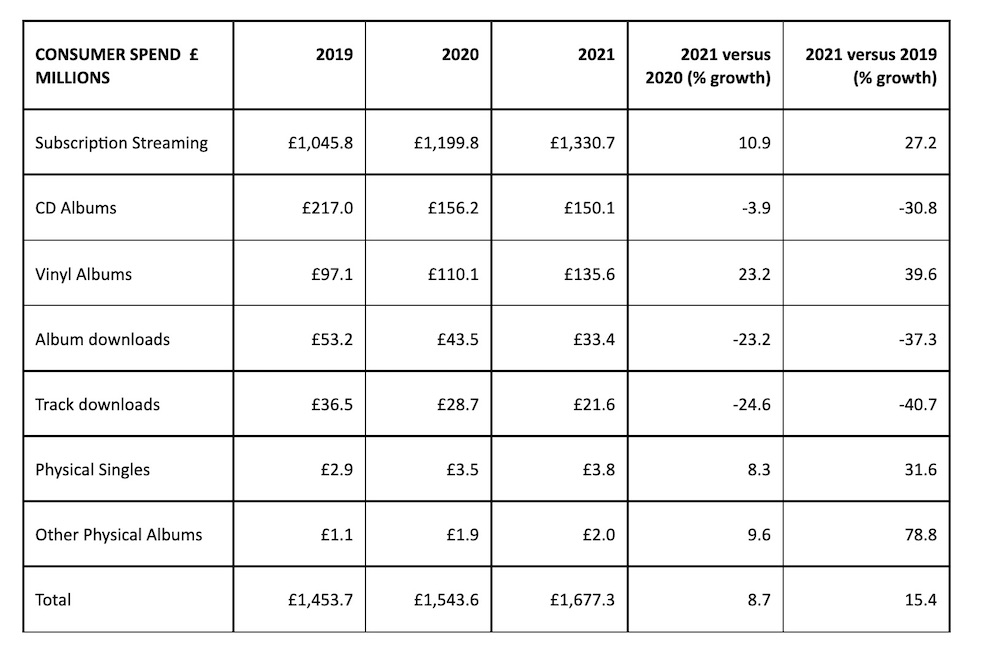 With around 70 pence in the pound paid by streaming services to the music industry, this means the services delivered around £900m to record companies and music publishers, according to ERA.

In the track market, seven titles generated the equivalent of more than one million sales, led by Ed Sheeran’s Bad Habits at 1.72m.

Kim Bayley said: “New releases undoubtedly increase the engagement of music fans with streaming services and in 2021 the music industry delivered several blockbusters. What is increasingly clear, however, is that the biggest driver of revenue is the innovation and investment of the services themselves.”