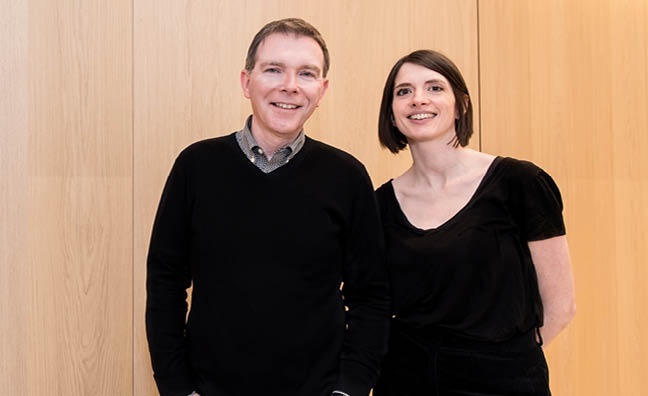 As exclusively revealed in the latest issue of Music Week, Rob Fleming and Nickie Owen have been promoted to co-presidents of international marketing. The pair, who both report to Joseph, will work closely with Universal Music Group’s companies around the world as they lead a significant expansion of the UK international division.

The new strategic approach will tap into the growth in emerging music markets in South America, Asia and Africa resulting from the explosion in the number of licensed streaming services around the world.

Joseph said: “The opportunities are greater than we’ve ever seen before. All our artists have a global footprint from day one and our absolute priority is to support them in amplifying the potential of this changing world map for music. Being on a playlist is not enough – it’s essential to have the strategy and support on the ground to turn opportunity into meaningful success.”

Fleming and Owen will lead their team in developing, creating and executing strategic campaigns around streaming hotspots as well as established overseas markets. The international division will use its global reach to partner with teams based in more than 60 countries.

Joseph added: “Nickie and Rob are both hugely experienced executives, equally passionate about working with new artists as with global superstars, but most importantly they have the vision and strategy to navigate the seismic shifts we’re seeing in music consumption worldwide.”

Rob Fleming, who was promoted from his role as SVP, international, has spent more than 12 years at the major working on global campaigns for artists including U2, Elton John, Metallica and Amy Winehouse. He also helped steer the global breakthroughs of Ellie Goulding, Bastille, Hozier, Years & Years and 5 Seconds of Summer. Fleming joined PolyGram in 1991 as a product manager for Phonogram’s Talkin Loud label, before moving into the label’s international operations.

Owen is being upped to co-president a year after she was promoted to director of international marketing at Universal Music UK. She joined the company in 2014 as a senior international marketing manager and has played a key role in campaigns for artists including Florence + The Machine, Mumford & Sons, Sam Smith, Take That and Liam Payne. Owen was previously at EMI Records where she worked on global releases by Robbie Williams, Babyshambles, Bryan Ferry, Laura Marling, Blur, The Kooks and Sigur Ros.

Owen said: “We have an outstanding international marketing team and the world is only getting bigger for our music. This opportunity to lead an expanded and refocused team is hugely exciting.”

Fleming added: “International is front and centre of every campaign at Universal and music has never felt more global. I’m looking forward to supporting our artists and labels in what is genuinely a new world of opportunity.”

For the full story, including the only interviews with Joseph, Fleming and Owen, see the new print edition of Music Week or click here. To subscribe and never miss a vital music biz story, click here.