Overnight news from around the world: Thursday, July 14 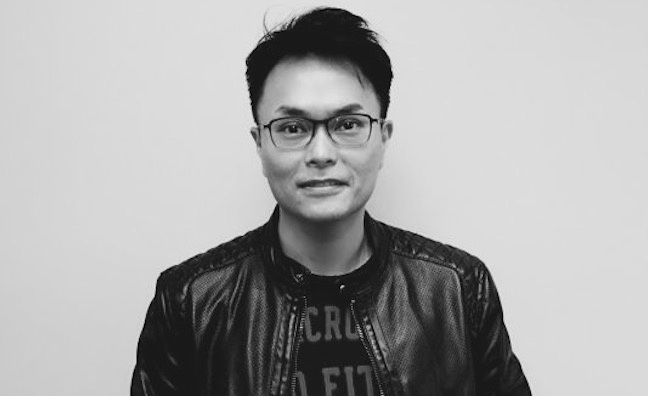 Warner Music has promoted Andy Ma to the newly created role of chief commercial officer for Greater China. He will also continue to serve as SVP, commercial & business development, Greater China and South East Asia. In both roles, he will report into Simon Robson, WMG’s Asia president. He will be responsible for spearheading the music company’s commercial expansion in one of the world’s fastest-growing markets. He will also be working in the China senior leadership team alongside Sam Chen, CEO, Warner Music Greater China, who oversees A&R activity in the market.  In addition, he will work alongside Calvin Wong, Warner Music Group’s president for South East Asia, Hong Kong and Korea, on business development projects in South East Asia.  In his new role, he will look at a full range of commercial opportunities in China, from tie-ups with independent labels to brand partnership deals, as well as joint ventures with other companies and maximising the potential of 360 degree agreements with artists. Andy Ma joined WMG in 2011 as VP for New Media for Warner Music Hong Kong, before becoming SVP, Commercial & Business Development, Greater China and South East Asia in 2015. In this role, he was instrumental in developing WMG’s partnership with Chinese internet giant Tencent, which is licensed to distribute the company’s repertoire in mainland China, as well as making it available on its own platforms, such as QQ Music.  He also developed partnerships with China Mobile and other China telcos, in addition to video and IPTV content suppliers. He has also been at the heart of WMG’s licensing partnerships with other major Asian digital music services, including Taiwanese-based KKBOX and South Korea’s MelOn. IFPI figures show that China was the 14th largest recorded music market in 2015, up from the 19th largest in 2014. It’s predicted that China will become a top five recorded music market within the next few years.

Artist And Manager Awards return for 2016

The 2016 edition of the Artist And Manager Awards will take place on Thursday, November 24 at The Troxy in London. As usual, the MMF and FAC event will bring together leading artists, the management community and the wider music industry to celebrate their biggest successes of recent months across a number of award categories. The Breakthrough Manager Award will highlight those who have started working as a manager in the past three years and have had significant success in the past 18 months, helping to cultivate a breakthrough year for a band or artist through hard work and innovation. The Artist of the Year Award will be presented to an act that has had an outstanding year, creating and delivering exceptional work, while the Manager of the Year Award will be given to an individual or management team that has shown the ability to formulate great strategy as well as being able to co-ordinate the many threads that make up a successful campaign. The Pioneer Award will highlight exceptional individuals who are forging new pathways in the music industry and inspiring others to do the same. The Industry Champion Award will recognise altruism in the music business, with the individual or company who receives the accolade holding the interests of the future of music at heart. The Artists' Artist Award will be presented to a hard working performer who is considered a dedicated ambassador that has made an outstanding contribution to musical life. Finally, the Peter Grant Award will be given to a manager that has demonstrated the same commitment to elevating the status of artists in the music industry as the legendary Led Zeppelin manager did throughout his own career. Previous recipients include John Glover, Terry Blamey and Paul Loasby.

ASCAP has launched a redesigned version of ACE, its public repertory database. ACE (ASCAP Clearance Express) is a searchable database that contains information relating to musical works in the ASCAP Repertory, and is updated weekly by ASCAP. The new, mobile-friendly ACE interface has a responsive design that manages and displays information from ASCAP’s vast repertory of 10 million works, including title, writer, publisher, performer and ISWC codes.  It enables music creator members, publishers, licensees and the public to easily search, share and download repertory information. ACE users may now search the database using multiple criteria simultaneously, for example song title and performer. In addition to listing the total share controlled by ASCAP, users can now obtain the aggregate writer and aggregate publisher shares for any particular work.

As Blink-182’s latest album, California, takes the No.1 spot in both the US and the UK albums charts, the band’s management company Deckstar (including co-founder Lawrence Vavra and manager Kevin Wolffalongside Gus Brandt) has signed its producer, John Feldmann. Over the course of his career, Feldmann has produced and co-written songs accounting for sales of more than 34 million albums worldwide and is also the lead singer/guitarist of the band Goldfinger. Other recent albums that he has produced and written for include 5 Seconds Of Summer self-titled album as well as their chart-topping Sounds Good Feels Good, All Time Low’s Future Hearts, Disturbed’s Immortal and two No.1 albums in Japan with One Ok Rock.

Librarian of Congress Carla Hayden confirmed by US Senate

The United States Senate has confirmed Dr. Carla D. Hayden as the 14th Librarian of Congress for a renewable 10-year term. Hayden, formerly chief executive of the Enoch Pratt Free Library system in Baltimore and a former president of the American Library Association, was confirmed by an overwhelming 74-18 vote yesterday (July 13). She was nominated by President Barack Obama in February. Hayden becomes the first woman, and the first African American, to serve as chief executive of the Library of Congress, the largest library in the world, which also oversees the US Copyright Office and the Congressional Research Service. She takes over the job from Acting Librarian David S. Mao, who has served since the retirement of Dr. James H. Billington on September 30, 2015. She will be sworn in at a date to be determined and is expected to assume her duties soon, according to a statement by the Library of Congress. Among her priorities will be the modernisation of the US Copyright Office IT system and trying to define the role of the USCO with the Library. There have been calls from stakeholders, including from the current Register of Copyrights Maria Pallante, to move the Office outside of the realm of the Library and establish it as a standalone government agency.

YouTuber Marcus Butler has launched a music management company in a joint venture with Dom Smales of Gleam Futures. Stripped Bear Entertainment will look to discover and develop music artists for a new digital-generation audience. It has already signed two acts and is in late stage negotiations with a number of other promising young talents. Marcus Butler has been vlogging for five years and he now boasts 4.3 million subscribers on YouTube.  Gleam Futures has been managing Marcus since 2012. Stripped Bear Entertainment has also hired Bobby Havens, formerly of Rocket Music, Elton John’s management company as the first manager on board.