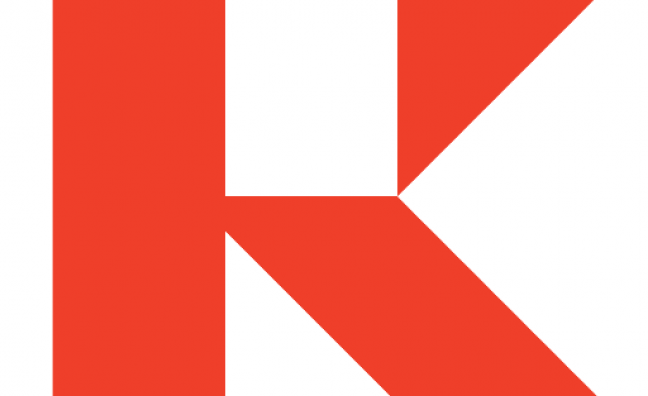 Kobalt has announced its first quarterly collection results from Spotify and YouTube in Europe since the acquisition of AMRA, the newly formed global digital collection society. During the first three months of administering Kobalt’s digital catalogue in Europe (Q3 2015), AMRA delivered a 26% increase in earnings from Spotify and a 34% increase in earnings from YouTube for Kobalt Music Publishing clients. Combined, AMRA collected 28% more money from Spotify and YouTube in Europe during that quarter. Following the purchase of AMRA in 2014, Kobalt created a global, direct, digital mechanical and performing rights society. Kobalt mandated that AMRA would effectively broaden the direct-collection capabilities for all AMRA members by setting new industry standards for efficiency and transparency. Since announcing its official launch, AMRA has entered into critical partnerships with leading global DSPs including Apple Music, YouTube, Spotify, Amazon, Google Play, and many more. Willard Ahdritz, founder and CEO of Kobalt, said: “I’m ecstatic to share these first results with our clients. This has been my vision since starting Kobalt, using technology and a new model to drive efficiency and transparency. And these initial numbers are just for Europe - wait until we see the explosive growth coming out of so many other untapped markets around the world. There have been too many missed opportunities for creators on a global scale - now the solution is here.”

Jason Iley: Robbie Williams deal was 10 years in the making

Robbie Williams’ new record deal with Sony Music – revealed by Music Week on Sunday night – has been the week’s big talking point. Williams is already working on a new album for Columbia Records, due out in Q4 this year. So Music Week sat down with Sony Music UK chairman/CEO Jason Iley, who negotiated the deal, to talk through how it happened – and what it will mean for both parties. “It’s been a 10-year courtship! And I’m not joking, actually. It started when EMI did the mega deal [in 2002]. It was public knowledge about what the deal was and it was public knowledge about how many albums they had. Once a year I’d go and have a lunch with management and we were on countdown from there onwards,” he told Music Week. “When I came back from Roc Nation [in 2014], one of the first people I had lunch with was Tim [Clark] and David [Enthoven, Robbie’s management team at IE:Music]. At that point, I said look, we’ll keep in touch and we’ll have a conversation. So we’d meet every six months and, fortunately enough, it came to the point where they said, Look, get Robbie in to meet the team, which we did. So when I say it was a 10-year courtship, it really was a 10-year courtship!” He added: “We’re just delighted to be in the Robbie Williams business. He’s a great artist, one of the biggest artists the UK’s ever had. I’m really, really pleased we’re working with him, I love IE, they’re incredibly forward thinking, they’re smart. Look at what they’ve done over the past years with Robbie’s career; they’re fundamental to his success, so I’m delighted to be working with them and I’m truly excited to be working with Robbie.” (Music Week)

Irving Azoff calls YouTube “the root of the problem"

Irving Azoff has joined the ranks of those criticising YouTube. The influential manager has penned an open letter, responding to a recent blog post on the services’ creator blog, titled Setting The Record Straight. In the post, Christophe Muller, head of YouTube international music partnerships, contended that "YouTube takes copyright management extremely seriously and we work to ensure rights holders make money no matter who uploads their music. No other platform gives as much money back to creators – big and small – across all kinds of content." Azoff writes that the post "did exactly the opposite” than setting the record straight. "It was obfuscation to divert artists’ attention from the fact that YouTube hides behind the DMCA’s 'safe harbour' provision and pays artists a pittance,” says Azoff, who adds: “You say that music matters to YouTube. There is an old adage about actions and words. If YouTube valued music, then it would allow artists to have the same control which YouTube grants to itself.” He concludes: "YouTube, ask yourself this question: If you are paying so well and providing such a great service to artists, then why is there discord between you and the creative community? You can blame the labels and publishers — or the middle men, as you call them. I know how easy it is to take shots at record companies and publishers — I have been doing it for years. But the root of the problem here is you: You have built a business that works really well for you and for Google, but it doesn’t work well for artists. If you think it is just the labels and publishers who are complaining, you are wrong. The music community is traditionally a very fractured one, but on this we are united.” (Re/code)

Independent publisher Sentric Music has relaunched its Music Services division with the unveiling of a special roster of artists dedicated to bespoke compositions as well as its new Masstrax library of pre-cleared music. Sentric now has a roster of hand-picked composers, producers and artists tasked with providing bespoke tracks for clients, including the likes of Grammy Award-winning producer Steve Levine, Stanton Warriors' Mark Yardley and folk guitarist and singer John Smith. In addition, Sentric's new Masstrax library consists of performing rights-only music pre-cleared in perpetuity worldwide for televisual broadcast productions. It includes tracks from internationally renowned acts that are currently receiving radio airplay. Home to over 85,000 songwriters and 400,000+ songs worldwide, the award-winning independent music publishing company is now in its 10th year, with offices in London, Hamburg, Amsterdam and New York alongside its Liverpool headquarters.

Universal Music Group has appointed veteran digital executive Jonathan Dworkin to senior vice president of digital strategy and business development, effective May 16. Dworkin will work closely with the senior management team to develop digital strategy, cultivate key partnerships and advance business development globally. He will have specific responsibility for overseeing integration of Universal Music’s digital strategy throughout its international organisation, and will be based at the company’s headquarters in Santa Monica, reporting to Michael Nash, EVP of Digital Strategy. Dworkin has more than two decades of experience in the music industry. Most recently, he was chief marketing officer of MixRadio, where he oversaw execution in its 31 markets, global marketing and business development. Before that, Dworkin led digital strategy and business development for Warner Music Group.  In this role, he ran the global team responsible for all partner negotiations, including Apple, Google/YouTube, and Spotify, and helped prime Warner Music for the broader transition to streaming. He also led the acquisition of Topsify to establish Warner Music’s playlisting strategy and negotiated the industry’s first major-label deal with SoundCloud.