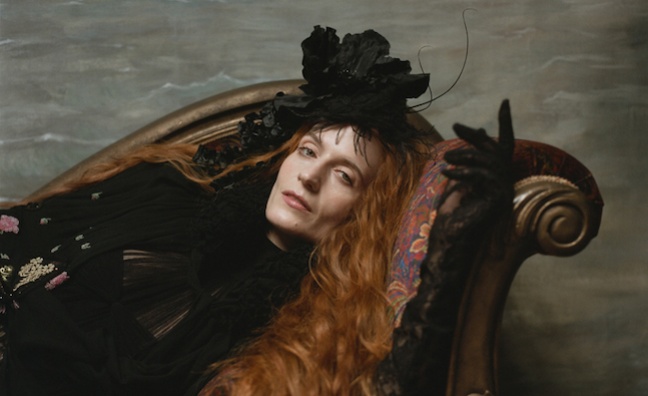 Polydor Records is celebrating a 1-2 finish in the albums chart.

The Universal Music label today (May 20) took No.1 with Florence + The Machine’s Dance Fever and No.2 with Kendrick Lamar’s Mr Morale & The Big Steppers.

Dance Fever marks Florence + The Machine's third Universal label in as many releases, following LPs on EMI and Island (their original label home for the first three albums).

Kendrick Lamar’s Mr. Morale & The Big Steppers, the US rapper’s first album in five years, had a very different sales profile to F+TM as it debuted at No.2. As a digital-only release, its chart sales were made up of 26,563 sales-equivalent streams and 1,643 digital downloads.

The No.1 and No.2 result helped deliver a first place position for Polydor in the All Music (All Albums) market share metric in the latest chart week with a 10.9% share.

“Florence and Kendrick are two of my favourite artists on the planet, so this has been a very special week for me personally,” Polydor president Ben Mortimer told Music Week. “And I know everyone at Polydor has felt very lucky to be involved in such brilliant releases from such exceptional career artists.

“It’s testament to the team at Polydor’s careful and hard work, that we’ve been able to achieve such great chart results for them both.”

It’s testament to the team at Polydor’s careful and hard work, that we’ve been able to achieve such great chart results for them both

Overall, Polydor had five albums in the Top 20, including hits collections from Eminem and ABBA, as well as Olivia Rodrigo’s Sour at No.7, which marks its first anniversary since release with consumption to date of 494,237. It has never left the Top 20 in the past year.

Polydor-signed Sam Fender won an Ivor Novello Award this week (Best Song Musically And Lyrically) for his singles chart breakthrough Seventeen Going Under. The indie banger has spent 44 weeks in the Top 75 and is currently at No.48 (839,360 sales to date).