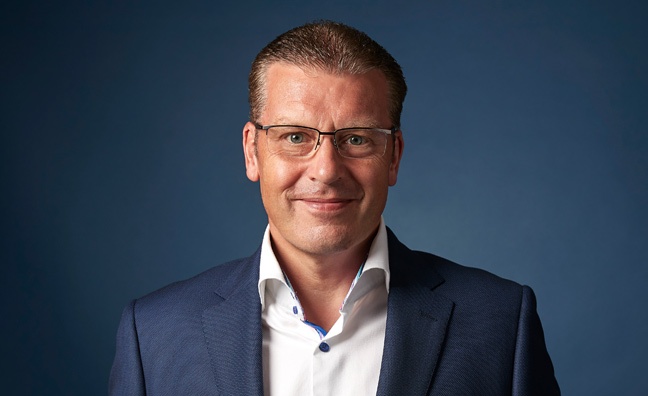 Douglas (pictured) joined PPL as chief technology officer in 2011, having previously worked at Deloitte. He is credited with playing a pivotal role in driving the development of PPL’s repertoire database and related systems, and  has led PPL’s contribution to IFPI and WIN’s soon to launch Repertoire Data Exchange (RDx) service.

Phipps-Taylor, who won Data Leader Of The Year award at the 2018 Information Age Awards, joined Douglas’ technology team in 2016, having also previously worked at Deloitte. As head of insight & innovation, he was responsible for building and leading a new team focused on helping PPL use data to improve its operations and services.

Phipps-Taylor also represents PPL on the board of DDEX and has led PPL’s engagement on a number of data initiatives and industry collaborations.

PPL CEO Peter Leathem said: “Data has long been at the heart of PPL’s operations and we have invested significantly in it over the years. This focus has ensured that PPL remains at the forefront of our industry in the management and use of data. In Mark and Matt, PPL has two incredibly able individuals who have driven this agenda within PPL and more widely across the industry. Through a range of key projects over the past few years, whether it be VRDB, or the soon to launch IFPI/WIN Repertoire Data Exchange, they have both made a key contribution to driving things forward.”

Douglas said: “The focus that PPL puts on data and technology makes it a great place to work. In each of the nine years I have worked at PPL, we have strived to make our industry work better in the areas of data management and data flow. These are defining times for our industry as more and more people realise the significance of data, and I am delighted to take up this role which further reinforces PPL’s position of leadership in this field.”

Phipps-Taylor added: “When it comes to data, at PPL we have a leadership team who recognise its importance to our success in getting music people paid, and we have a talented team of people who are very adept at working with it. So as a passionate data professional, I can’t think of a better company to work at, and I’m looking forward to driving further data-led initiatives in this new role.”