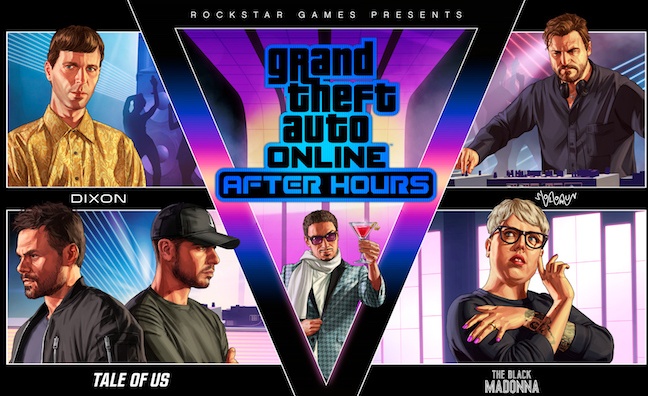 Debuting with a series of EPs featuring tracks from the label’s forthcoming compilation album, CircoLoco Records will showcase contributions by artists who have played CircoLoco’s club nights over the past two decades, including parties at Ibiza’s DC10.

Rockstar Games has championed underground artists and scenes across its array of blockbuster games, including the Grand Theft Auto series, which pioneered the use of curated radio stations hosted by personalities ranging from Frank Ocean to the late Karl Lagerfeld.

Rockstar’s introduction of digital nightclubs to the world of Grand Theft Auto Online with the After Hours enabled players to step into a fully-realised nightclub setting and experience DJs such as The Blessed Madonna, Dixon, Solomun and Tale Of Us.

“Music is fundamental to Rockstar Games – it’s part of everything we do,” said Rockstar Games founder Sam Houser. “Partnering with our friends at CircoLoco is part of our ongoing efforts to find new ways to bring the very best underground music to the widest audience possible.”

“CircoLoco has always been about the passion for finding the best music, supporting artists and bringing them to the people in the purest way possible,” said CircoLoco Founder Antonio Carbonaro. “CircoLoco Records is a natural next step for us, giving us a chance to bring the music we love to people everywhere.”

Further EPs will release weekly in the lead-up to the full Monday Dreamin’ compilation release on July 9.