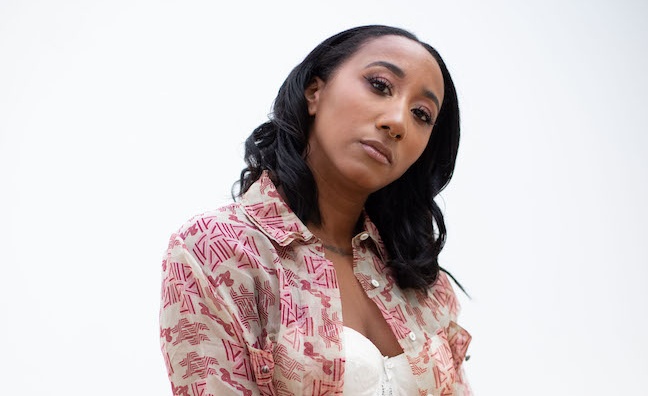 BBC Radio 6 Music has announced a shake-up of the schedule with a new look for Saturdays on the network, which will feature shows from Jamz Supernova and The Blessed Madonna, from Saturday, April 3.

The schedule change means an end to the long-running Liz Kershaw Saturday afternoon show after 17 years. Kershaw, who will still broadcast on the digital network, was one of the original presenters when the station launched in 2002.

Already a familiar voice to 6 Music listeners, having covered for both Mary Anne Hobbs and Chris Hawkins in recent months, Jamz Supernova’s own weekly 6 Music show will be broadcast every Saturday, 1-3pm. The show will feature alternative R&B, hip-hop, broken beat, global club sounds and leftfield electronica, supporting new music from the UK and further afield, whilst playing heritage artists that have come before.

Jamz is the founder of Future Bounce, a record label she launched three years ago and is also a presenter on BBC Radio 1Xtra (Tuesdays, 9pm-11pm). Jamz will continue to present her weekly 1Xtra show when she joins 6 Music. Jamz Supernova is produced by BBC Audio.

Jamz Supernova said: “I’m over the moon to be joining the 6 Music team! It’s the home to some of my favourite radio shows and broadcasters, so it’s such an honour to share the airwaves with them! The listeners have already been so welcoming. We have a shared love and passion for musical discovery and supporting artists. I can't wait to get started!”

Liz Kershaw has been given a four-part series on Sundays from April 4. Liz Kershaw’s Legends In Their Own Lunchtime airs from 1-2pm.

In Liz Kershaw’s Legends in Their Own Lunchtime, Kershaw interviews some of the biggest names in the record industry, as they take her on a musical tour through their lives and careers. In these intimate one-to-ones, they’ll reminisce, with the help of the BBC’s live music archive, about the gigs that inspired them and look ahead to how they’re making sense of a changing modern music business.

The upcoming first series will see Kershaw in conversation with The Who’s Pete Townshend, with more to be announced in the coming weeks. Liz Kershaw’s Legends in Their Own Lunchtime is produced by BBC Audio.

The Blessed Madonna will broadcast from 9pm-midnight on Saturdays. On the BBC, The Blessed Madonna has presented Radio 1’s Residency and has deputised for Danny Howard and Pete Tong on the network. She has also previously stood in for Gilles Peterson on 6 Music.

The Blessed Madonna’s 6 Music show will cover an eclectic range of music choices, from funk, disco, house, techno and everything in between. Also featuring in the show will be mixes and interviews from some of most forward-thinking names in dance music, as well as legends of the scene.

The Blessed Madonna said: “Joining BBC 6 Music is the fulfilment of a lifelong journey that began in a humble college radio station. I am not unique in saying that the presenters on BBC radio forged my conception of what a DJ should be, or that I wanted to be Mary Anne Hobbs when I grew up, but I am most grateful to be here now. There could be no greater honour than to stand amongst the ranks of these champions and tell my part of the story of music.”

The Blessed Madonna is produced by We Are Grape.

Following on from Loyle Carner, Arlo Parks and Phoebe Bridgers, and ahead of the release of her seventh studio album Daddy’s Home, St. Vincent will be 6 Music’s next Artist in Residence. 6 Music’s Artist in Residence is a journey into the musical soul of an artist, with each programme based around a different theme or mood.

In six episodes, beginning on April 14 (midnight-1am), Annie Clark aka St Vincent will be playing records that have informed specific periods of her life, including the likes of Nirvana, Bjork, Seal and Warren G.

St. Vincent said: “6 Music has helped me share my music with the world since my first session with them back in 2007, so I’m happy to share some of my favorites and influences with the 6 Music audience that’s supported me all these years. It’s an honor and a thrill to be 6 Music’s Artist in Residence. I’m excited to share everything from my 13 year old self’s playlist to the music you might be surprised to know I like, to the jams that make me want to break the speed limit… I hope 6 Music listeners will enjoy the ride."

6 Music Artist in Residence is produced by BBC Audio.

All episodes so far of Artist in Residence from Arlo Parks, Loyle Carner and Phoebe Bridgers are available to listen back to on BBC Sounds.

Samantha Moy, head of BBC Radio 6 Music, said: “I’m really happy that Jamz Supernova and The Blessed Madonna are joining our 6 Music family of music lovers. With our brand new series Lose Yourself With… Honey Dijon, Caroline Polachek and Nabihah Iqbal continuing throughout the spring, and St Vincent as our next Artist in Residence, 6 Music is giving an even bigger platform to music beyond the mainstream.”

Samantha Moy is the Music Week Interview in our all-new monthly edition – subscribers can read it here.

The Blessed Madonna replaces Tom Robinson, another 6 Music mainstay. He will continue to present Now Playing @6Music (Sundays 6pm-8pm) and the BBC Introducing Mixtape (Mondays, 4am-5am). He’ll also be covering for Iggy Pop on Friday nights in May, bringing an equally broad range of tunes to the airwaves

Later in the spring, Nemone’s Journeys in Sound returns for three weekly episodes on Sundays, from May 2 (1pm-2pm). In this series, Nemone combines her roles of 6 Music DJ and integrative psychotherapist. Journeys in Sound is produced by BBC Audio.

6 Music will also mark Mental Health Awareness week in May with One For The Heads – a selection of programming on the theme of wellbeing, which will be broadcast between May 10 and May 16.