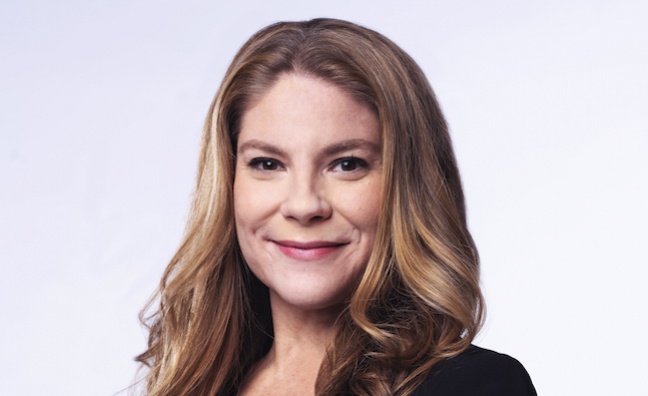 Sasha Junk has been appointed as president of Concord’s Kidz Bop business. She will be based in Kidz Bop’s New York City Offices and will report directly to Tom Whalley, Concord chief label executive.

The new appointment comes as Kidz Bop will celebrate its 20th birthday in 2021. Junk will lead the brand, along with the global team, into its 20th anniversary with a year-long celebration, including new album releases, video collaborations, brand partnerships and activations, as well as the expansion of the music franchise into the rest of Europe and Latin America.

Kidz Bop has recently expanded internationally in the UK and Germany, with combined sales of over 350,000 albums since launch. In her role as SVP, Junk oversaw national marketing campaigns for live tours in conjunction with Live Nation, playing 50-plus cities and reaching more than 250,000 fans annually.

“There’s no bigger children’s entertainment brand than Kidz Bop and Sasha’s leadership has been a part of that success,” said Whalley. “I look forward to working with her and the Kidz Bop team as they continue to increase its presence around the world.”

“I am thrilled to be taking on the expanded role of president and would like to thank Scott Pascucci, Tom Whalley and Victor Zaraya for their support and dedication to creating an environment that empowers Concord executives and staff,” said Junk. “Kidz Bop music positively impacts millions of kids every day, which is especially important during these challenging times. I look forward to working with our super talented Kidz Bop team to identify new growth opportunities to move the brand forward as we gear up to celebrate our 20th birthday next year.”

“Sasha and I have worked together for 10 years and I am very proud of what we’ve all accomplished at Kidz Bop,” said outgoing president Zaraya. “I’m confident that Sasha and her team will be even more successful in the coming years.”

Before joining Kidz Bop in 2009, Junk was the global head of publicity at Classic Media (now part of DreamWorks Animation). Junk spearheaded major brand alliances, including the first-ever Kidz Bop Experience at Hard Rock Resorts, as well as partnerships with Mattel, Subway and Dollar Car Rental.

As CRO, Zaraya will work across Concord’s three business areas (Music Publishing, Recorded Music and Theatricals) to provide strategic guidance and maximize revenues and efficiencies across the Company.

Concord CEO Scott Pascucci said: “Vic is one of the many talented people who joined Concord as a result of our Razor & Tie acquisition in 2015. We have all had the pleasure of working with him since then and know him to be a skilled, experienced executive with solid entrepreneurial instincts borne out of his years working in the indie sector of the business. Kidz Bop is well positioned to continue its extraordinary growth under Sasha Junk’s leadership, allowing Vic to now move into the critical CRO role, replacing Jim Selby who recently became our COO.

“As Concord continues to grow and evolve, we are focused on creating opportunities for advancement for everyone on our team, as evidenced by Vic’s and Sasha’s promotions. Vic will be an exceptional CRO and I look forward to seeing what he can accomplish on behalf of our artists, writers and other creative partners.”