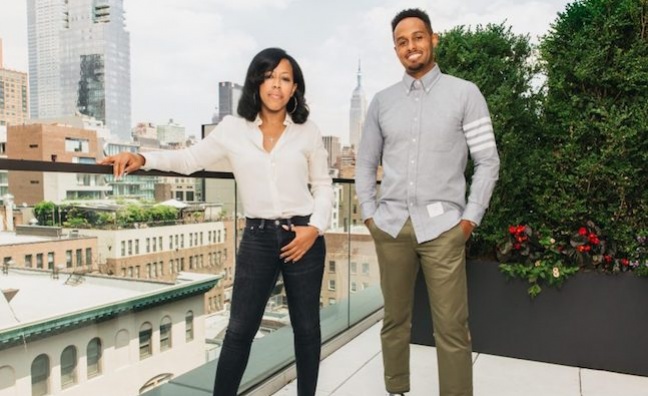 Roc Nation has appointed Shari Bryant and Omar Grant as co-presidents of the music label.

The pair will lead the Roc Nation label team to develop strategies for its artists and continue to build the roster.

“There is no better way to celebrate my 20th anniversary in the music business than to return home,” said Bryant. “The values and lessons that the Roc Nation founders instilled in me provided me the tools to become the best executive I could possibly be. I am honoured to make even more history with my family.”

Grant said: “After nine incredible years here, it’s an unbelievable honour to step into this new role. Inspiration comes from the top down at Roc Nation, and the founders set a precedent for a culture of progress in terms of both business and creativity. That’s a legacy I’m humbled to uphold and extend as co-president.”

Tyran Smith, president of A&R and co-founder of Roc Nation, added: “Shari and Omar love culture and all it encompasses. Both are consummate professionals who understand and respect artists and their process. It’s an honour to work alongside and see them at the helm, poised to usher in the next Roc Nation generation.”

Grant was previously head of A&R/SVP at Roc Nation Records. He started out as a road manager for Destiny’s Child, and went on to become creative director of urban A&R for EMI Music Publishing and senior director of A&R at Epic Records.

He joined Roc Nation nine years ago and has worked with Rihanna, Big Sean, Shakira, Belly and both Willow and Jaden Smith. In 2013, Grant signed Mustard to both Roc Nation management and as an artist under the label.