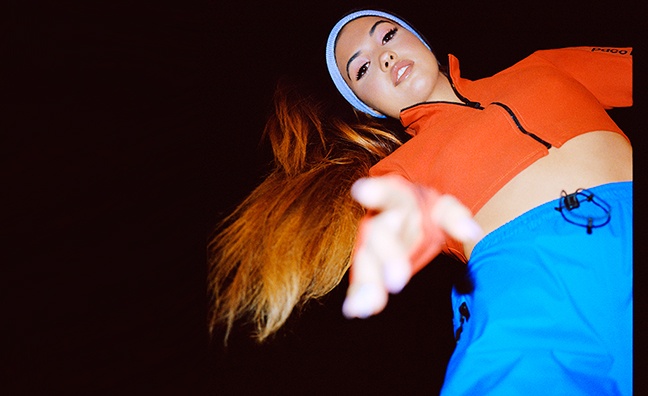 Who will be Britain’s next global pop superstar? It’s been a while since the UK produced a true international breakout but, so far, 2019 has thrown up plenty of contenders. Lewis Capaldi and Tom Walker are on their way, but out in front is surely Mabel.

Since appearing on the cover of Music Week way back in January 2018, the star has gone from strength to strength commercially, subtly evolving her sound into the pop arena while retaining her edge. The Polydor signing is currently smashing global charts with Don’t Call Me Up. The No.7 biggest-selling single in the UK in Q1, it became one of the few UK records to crack the Spotify Global Top 10 and climbed to No.92 in its second week on the US Hot 100 this week (the release is handled by Capitol Stateside).

Her debut album is set for release in the summer, while her innovative mixtape release Ivy To Roses, which features Don’t Call Me Up alongside various other key tracks from her career to date, is already approaching silver status.

With all that going on, no wonder Polydor co-presidents Tom March and Ben Mortimer are backing Mabel to take on the world. They sat down with Music Week to discuss their plans for global domination…

How does going Top 10 on the Spotify Global chart rate as an achievement?

Tom March: “It’s an incredible achievement. Ben signed Mabel in 2015 and four years of development is testament to how long it takes to properly build and develop an artist in the modern age.”

Ben Mortimer: “It’s absolutely huge. But we don’t want this just to be the one moment that she does it, this is where we punch through to the next level. We’ve seen other artists do it with a certain song, Dua Lipa did it beautifully, Anne-Marie’s done it and now this is her turn. Sometimes it’s frustrating how long it takes nowadays, but we had the patience and she had to grow as an artist to be able to handle this kind of thing. If she’d had a big hit like this two-and-a-half years ago, I don’t think she’d have been ready.”

How do you make sure you capitalise on this moment?

TM: “It’s about taking her to the next level. We’re already at the point where she can handle arena level support and she’s done Brixton Academy [as a headliner] and now she feels completely and utterly ready. We know it isn’t just a flash in the pan. This isn’t one moment, she’s built a proper base and we’re now setting up the album campaign. She’s going all around the world and all the feedback we’re getting is she’s absolutely on fire.”

BM: “She broke through in the UK last year but to see someone break internationally like this, that’s the real story. It’s so hard for an artist to do this now and she’s done it.”

What was the strategy behind releasing Ivy To Roses?

TM: “It started off as a mixtape and then evolved into a living, breathing playlist. We did a vinyl of it, changed the artwork, pivoted mid-campaign and tried to do something that people hadn’t done before. The debut album will be heavily marketed globally, but this was a mixtape that evolved. It’s worked brilliantly for her and us.”

BM: “It’s a very modern way of approaching it and luckily [Mabel’s Music Week Awards-shortlisted manager] Radha Medar thinks in a very modern way. They really embraced the concept of this being an ever-growing album and then things will shift onto her debut album.”

And what’s the endgame? Can she become a global pop star like Taylor Swift or Katy Perry?

BM: “She’s got the ambition to do it herself. It’s not just our ambition, it’s what she wants. But she won’t sound like Taylor Swift or Katy Perry, she’ll sound like Mabel. She’s doing it in her own way.”