Should HMV now be allowed into Record Store Day?: 'We would love to be involved' 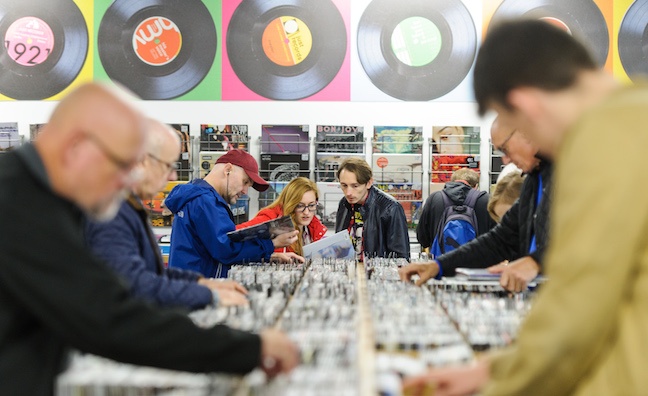 It’s been a tough year for HMV, which closed all its stores during national lockdowns, unlike many indies who carried on trading with click-and-collect and delivery.

Of course, HMV continued trading online and its stores are now open again as the chain gears up for its 100th anniversary.

But with Record Store Day’s second drop taking place this weekend (July 17), is it time to reconsider HMV’s exclusion from the vinyl celebration? So far, organisers ERA and indie stores have opted to leave HMV out of the party. But with vinyl booming, plenty of demand for RSD product and everyone in agreement that the industry needs a nationwide chain, perhaps that might change.

In our anniversary feature in Music Week, HMV bosses addressed the non-invite to Record Store Day in the UK (its sister company Sunrise Records in Canada does take part in the vinyl event).

“As an independently owned chain of stores, we would love to play a part in Record Store Day in the UK,” HMV owner Doug Putman told Music Week. “We are part of it in Canada with Sunrise and we would love to be able to get involved in the UK.”

As an independently owned chain of stores, we would love to play a part in Record Store Day in the UK

The chain has seen strong results from its Vinyl Week events in recent years and should do good business with its centenary editions. But it would also like to be welcomed into Record Store Day.

“There are plenty of areas in the UK where our participation in Record Store Day would be advantageous to those people, because we’ve got stores in a lot of places where there aren’t independent shops,” said HMV MD Phil Halliday. “I think it would be great for the [music] fan if we were part of Record Store Day. The Canadian stores participate and it is something that we would like to do.

“In the meantime, we've got our Vinyl Week, which is a really strong moment for vinyl fans in the country as well - it is up there with Record Store Day. And with the exclusives we've got coming this year, it will be another fantastic moment. Maybe at some point it will make sense for us to participate and if there's a will from outside - we’ll have to see…”