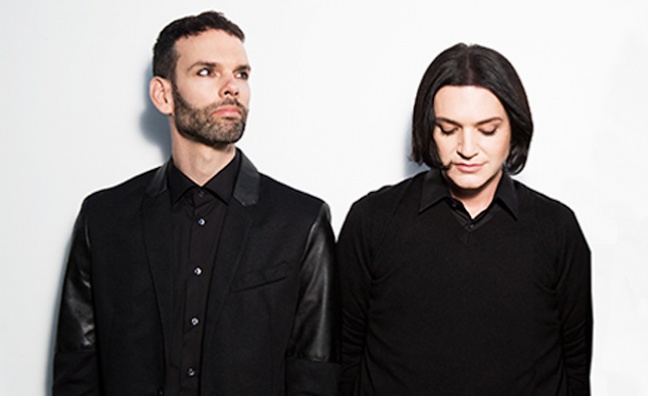 So Recordings have today (January 29) announced the signing of multi-platinum alt.rock group Placebo for the band’s next studio album. The news comes alongside confirmation that Adam Greenup has been promoted to the role of MD for the Silva Screen Label Group.

Speaking about the signing of Placebo, Alex Weston at Riverman Management – who have managed the group for their entire careers – said: “After many years of searching for our soulmates, we found them in So Recordings. A surprise perhaps but we couldn’t be happier to start the next phase in Placebo’s career with this team led by Adam Greenup and Reynold D’Silva. Good, honest, creative and inspiring people who we know are 100% committed to the band and this new album. It feels like home.”

Reynold D’Silva, CEO of Silva Screen Music Group added: “The band and their management could have signed with at least ten other labels and indeed they were pursued aggressively by all of them. To say we are over the moon is an understatement. Having heard the new tracks, this eighth album sees the band at their creative peak and cement their standing as a seminal band in the rock world.”

Last year, Enter Shikari announced they had entered into partnership with So Recordings. Part of the newly formed Silva Screen Label Group, So Recordings has achieved four Top 10 records and several Top 40 albums with a roster that includes Shikari as well as Deaf Havana, Band Of Skulls, The Lafontaines, Dinosaur Pile-Up, Demob Happy and Turbowolf.

D’Silva also commented on Greenup’s promotion: "In the ten years Adam has been with the company, he has made a substantial contribution and, in many instances, has been a catalyst for positive change within Silva Screen. His new appointment recognises the role he has played and will see him work alongside myself to oversee all aspects of the group's labels, including So Recordings and his existing legal and business affairs functions”.

Greenup added: “Reynold is an unsung legend of the independent music scene and I feel very lucky we met when we did, as he offered me not just a job, but amazing guidance, encouragement and huge opportunity across the last ten years. Since then we have achieved great things of which I am personally very proud. To work here as MD with full support of our long-standing team is something I am looking forward to. Signing Placebo is a fitting anniversary present and promises to be a hugely exciting journey that we are more than ready for. We’ve been close to Alex, Dave and Angus at Riverman for a long time, who are an incredible management team”