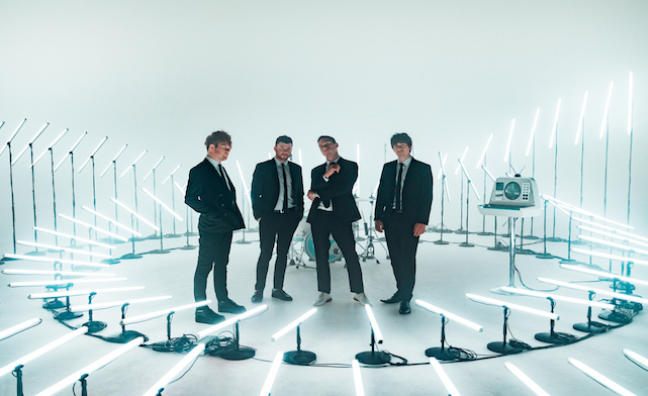 St Albans quartet Enter Shikari have announced that they have entered into partnership with independent London based label So Recordings. The group were previously signed to Play It Again Sam, who released their 2017 album The Spark which reach No.3 in the charts. It has sold 28,211 copies to date according to Official Charts Company data.

In an official press release, Ian Johnsen, head of 30 Century Management, who has managed the band from their inception, said: "It was a tough decision for us all to choose to leave our friends at PIAS. But once we had resolved to make the leap, one name kept coming to the fore from the pack of suitors displaying themselves before us. As a team we spotted in Adam [Greenup]/So a kindred spirit in terms of ethos, drive and sense of humour, and the shared passion to see where Enter Shikari could go next as they begin the next stage of their career. So Recordings possesses the ‘slightly wayward Camden-based indie label’ atmosphere that’s been my natural home since before I can remember, but our coupling with The Orchard as worldwide distribution partner gives us the comfort and clout of a top-class global network to further support and grow the band’s successful worldwide live career. All of us at Team Enter Shikari are excited to see what the future holds with our new family”.

So Recordings, is part of the Silva Screen Music Group, which includes Silva Screen Records Ltd, CMP, Wolf At Your Door and So What?

Adam Greenup, director of So Recordings added: "Twelve years ago I heard Enter Shikari's debut album ‘Take To The Skies’ and was immediately enthralled by that wondrous blend of hardcore and electronica. They sounded and still do completely unique and I've been an ardent fan ever since. The chance to sign them for So was a bolt from the blue. I'm still breathless that our ever-expanding label will be taking on a band that define Indie in its truest sense, authentic, trail-blazing and angry. Welcome to our NW1 tribe."

An official press release stated that Enter Shakari are set to return to the studio to start work on their sixth album.