'We already had a substantial plan': The Orchard to build on Jorja Smith's BRITs triumph 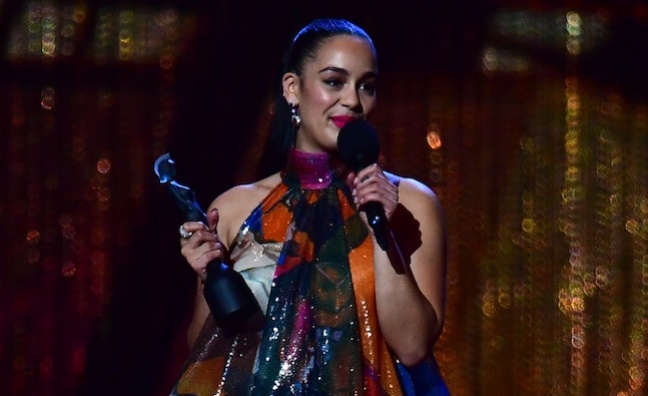 Sales of Jorja Smith’s debut are up 267% following the BRITs, where she performed and won the award for British Female Solo Artist.

Here, James Moodie, head of marketing at The Orchard, takes Music Week inside their post-BRITs plans...

Can the BRITs still boost a career?

“We believe so, we saw from the Breakthrough vote alone that fans care passionately about Jorja's success, with fan groups actively pushing the vote as hard as possible. Everyone grew up on the BRITs, whether it was the ’80s,’90s, ’00s or right now, it means a huge amount. The fact that the awards are on prime time TV, and streamed globally via YouTube, means everyone can see the action. You don't get that with the other awards ceremonies.”

How does this benefit Jorja as a debut album artist?

“It's a huge accolade and accomplishment to win the British Female award, and even being nominated for one. We already had a substantial plan around the BRITs and the following weeks. The album has streamed extremely well, and has not fallen out of the OCC Top 200 since release back in June last year. The Jorja campaign has been global from day one and we've released physical in every key market around the world.”

What are the release plans post-BRITs?

“Jorja performed Don't Watch Me Cry, and the performance was completely flawless as always! We have another single from the album in the near future. Jorja also headlines her first UK festival, Field Day, which is really exciting. There are other high profile performances coming, including Boardmasters and key European festivals like Mad Cool, Nos Alive and Sziget.”

How can it help her on an international level?

“Jorja has spent a huge amount of time touring over the last six months, she's toured the UK, Europe, US, Australia, New Zealand and has dates in the diary in the US with Kali Uchis, South America and the festival season. We have teams on the ground on every market around the world, which we've been using since the start of the campaign."

To read the full Music Week report on the BRITs winners, subscribers can click here.