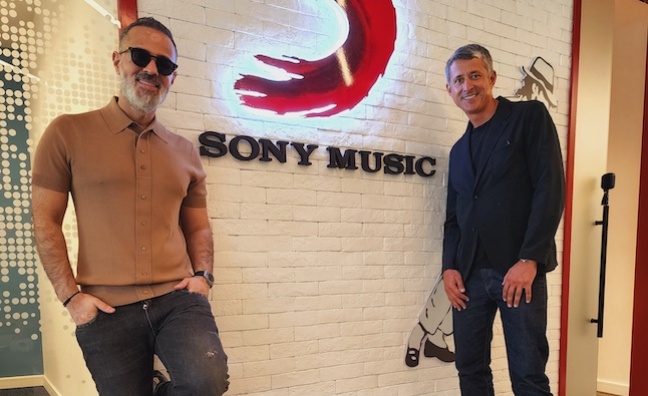 The new agreement cements the relationship between the two companies, which was launched in early 2021.

“Through this agreement, the two companies will continue to focus on supporting this growth with sustained investment in Arab World hits and stars,” said a statement.

Working together with Craft Media and its founder, music producer Hamdy Badr, the partnership has turned out a series of hits in the regional charts, including songs by pan-Arab stars such as: Kelna Mnenjar by Wael Kfoury, Elghazala Ra2ya by Karim Mahmoud Abdelaziz, Sayrena Ya Donia by Ahmed Saad, Damayer by Elissa, and Ya Fatenny, one of the biggest global Arabic albums by Hamaki, featuring multiple hots. Together, these songs have enjoyed over 70 weeks of cumulative chart time since May 2021.

“At Sony Music, we have always believed in the power of collaboration in spurring innovation and creating new opportunities for our artists,” said Mike Fairburn, general manager, Sony Music Middle East. “The result of our partnership with Hamdy and Craft Media speaks for itself. Craft Media’s creative prowess, coupled with our years of experience in the music industry and international network of talent and collaborators, give our artists an edge in a competitive market. Today’s partnership sets in motion a long-term strategy to expand the influence of Arabic music and artists across the region and beyond.”

“I am extremely delighted to strengthen our partnership with Sony Music through the agreement today,’’ added Hamdy Badr, founder, Craft Media. “We have had a phenomenal year and our commitment to each other validates our confidence in what we can achieve for artists, their music, and the regional industry by working together as a team. I could not ask for a more trusting, passionate group of people to partner with than Sony Music and we are very excited about what’s to come in the months and years ahead.”

The first partnership between Sony Music Middle East and Craft Media first began when Egyptian superstar Hamaki, managed by Badr, became the first Arabic artist to perform within Fortnite as part of its Soundwave Series concert in October 2021.