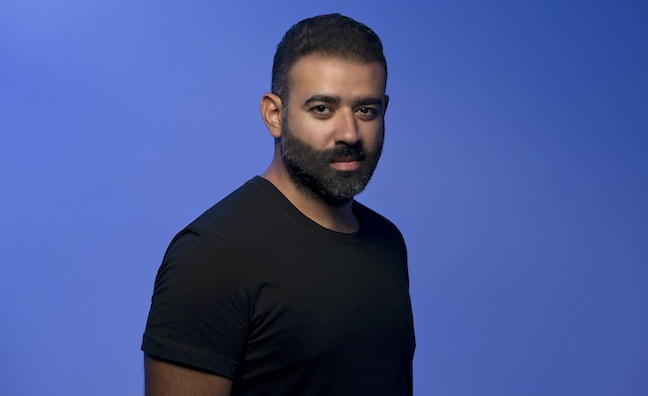 The deal will see the major and Kuwait-based company produce music and promote emerging Khaleeji pop artists across the Middle East. The partnership will also broaden Sony Music Entertainment’s footprint across the region.

The partnership comes at a time when the MENA region has become one of the fastest growing regions for music. According to IFPI’s Global Music Report 2022, more than half (54%) of people in the MENA region listen to at least one Middle Eastern genre, with the region experiencing a 35% increase in revenue growth.

Under this partnership, actor and Arabic pop singer Bader Al Shuaibi, and Kuwaiti singer, songwriter and television personality Bashar al-Shatti (pictured) will be the first two artists to work with Sony Music Middle East under the new partnership.

Bader Al Shuaibi has over one billion audio and video streams and three million social media followers. He released his first single An Hob with Sony Music Middle East on the day of the announcement, accompanied by a new music video. Bader Al Shuaibi is also slated for more singles and a new album launching later this year, with the ambition to become a major breakthrough global Arabic talent in 2023.

“The chance to join the team at Sony Music, to share my music and vision with more people around the world is a dream come true,” said Bader Al Shuaibi. “I look forward to evolving as an artist, working with everyone’s support to put my sound and culture on the global map for my fans.”

Bashar al-Shatti, well known for his songs Hal Bilhabib and Habib El Donya, and a former Arab Idol judge, will release his first single with Sony Music Middle East in November 2022, with more projects lined up through to the new year.

“I am blessed to have enjoyed such a TV and film career to date, and I am looking forward to connecting more deeply with my fans through my music,” said Bashar al-Shatti. "I cannot wait to share my sounds and work with my team at Ghmza and Sony Music to take the genre to even greater heights.”

“We are incredibly excited to partner with the talented team at Ghmza,” said Mike Fairburn, general manager, Sony Music Entertainment Middle East. “The Middle East and North Africa are a dynamic hotbed for talent and music innovation, where a young population continues to drive new waves of sounds and collaborations, reaching an ever-growing audience of Arabic listeners around the world. We passionately believe in always putting the artist first, providing them with the right tools and expertise needed to reach their fans. Through this new partnership, we look forward to helping discover and develop exciting new Khaleeji pop talent and showcasing what the Middle East has to offer.”

Thamer Al Thamer, founder and CEO, Ghmza, added: “Sony Music has decades of experience in the industry and will be able to give our artists access to global music and production experts and new platforms to reach wider audiences. As a culturally diverse region brimming with musical talent, we have so much to offer and now is the opportunity to showcase that to the world and grow our genre.”