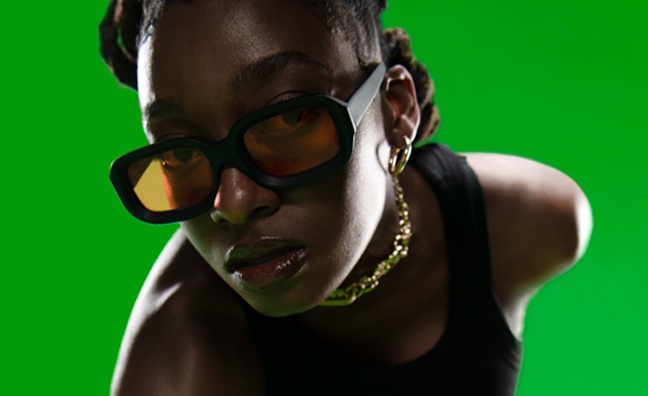 With her new album Sometimes I Might Be Introvert chasing a Top 3 finish this week and recent festival appearances drawing rave reviews, Little Simz is moving up a gear. The rapper stars on the cover of the current edition of Music Week, and her team believe that her time is now.

In our interview, AWAL boss Hitchman said that the business seeks to empower artists. He believes that the concept of what it means to make independent music is changing.

“Traditionally, there was the concept of the independent label and that had some meaning,” Hitchman said. “But I think what’s come to the fore in the last couple of years is the fresher, newer concept of the independent artist. And Simz absolutely defines that. She’s creatively in control and, from a business perspective, she’s in charge. She owns her own rights, we’re there to support and partner with her, and we see it as a true partnership.”

Simz, who was self-managed before partnering with Robert Swerdlow, releases music through her Age 101 imprint. Hitchman said Sometimes I Might Be Introvert, which follows the Mercury Prize nominated Grey Area, is “one of the most important records” AWAL has worked on.

“She has made a truly extraordinary and outstanding record,” Hitchman said. “It’s a big artistic statement and we think it establishes Simz as one of the most important artists in the UK of her generation. We feel a responsibility to make sure that the record, and the story that she tells on it, are given as much push and support as possible, to reach as wide an audience as possible, because that’s what it deserves.”

Everyone will find something that speaks to them on the album

Eve Fairley-Chickwe, A&R director at AWAL, said that focus track Woman is, “One of those records where you remember exactly where you were the first time you heard it,” adding that Little Simz has, “always been a visionary, she is her own A&R.”

“The themes she explores are so relevant to right now,” said AWAL marketing director Stephanie Achigbu. “They are personally relevant to me as a young Black woman who also grew up in inner-city London, but I believe everyone will find something that speaks to them.”

“Simz touches on knife crime in London on one track,” Achigbu added. “Then there’s racial injustice and the uncertainty of being in your 20s, and then there’s empowerment as well. She covers it all.”

Social media has been a particular area of focus for the team as they seek to break Little Simz into the mainstream around the world. Grey Area track Venom took on a new lease of life thanks to TikTok, something the team have used to their gain.

“It is definitely mad because I wasn’t even trying to promote it!” said Little Simz. “But when I was writing the lyric I knew it was either going to go crazy, or it was going to go straight over people’s heads.”

“We said we weren’t expecting her to do any dance routines or anything that really wasn’t her,” said Achigbu, explaining that the aim is to make fans feel as though they are

part of the process. “We want to give behind-the-scenes access, not have everything perfect, let her be herself. She’s also really good at communicating on Twitter.”

It remains to be seen where Simz will end up in the charts this week, but team AWAL believe Sometimes I Might Be Introvert could be a landmark release in British music.

“The musical ambition of the album is extraordinary,” said Hitchman.

Subscribers can read the full interview with Little Simz and her team here.