'It was one of the key objectives': AWAL's Paul Hitchman on Little Simz's Mercury nomination 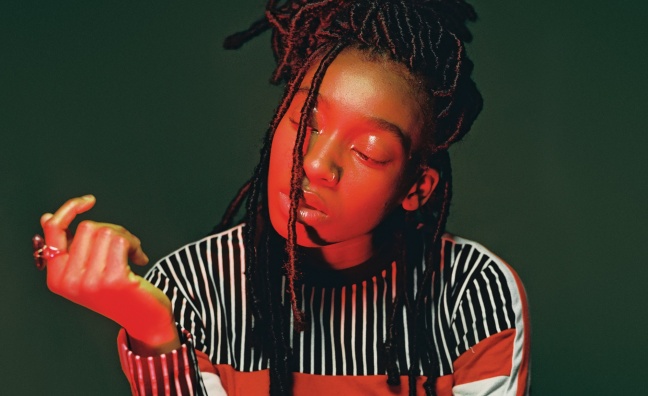 With a role in Netflix drama and an appearance on the accompanying soundtrack, Little Simz is enjoying a high-profile phase during her current album campaign.

It's about to get even more intense with a performance tonight (September 19) at the Hyundai Mercury Prize, where the UK rapper is nominated for her Grey Area (AWAL) album alongside Top Boy co-star Dave.

The widely acclaimed LP has sales to date of 9,349, according to the Official Charts Company. Here, AWAL president Paul Hitchman discusses Little Simz and the Mercury effect...

Is the Mercury nomination a significant moment in terms of recognition for the growing AWAL operation?

"Little Simz is our first Mercury nomination, although we have previously had clients nominated for numerous other awards including the BRITs and Grammys. It’s a sign that we are working with some of the most exciting and innovative artists in the world. We are increasingly working with artists who are breaking through to critical acclaim and mainstream success - and Little Simz is a great example of that."

The Little Simz album has been widely praised by critics. Is the Mercury a useful platform for an artist?

"Grey Area is an extraordinary record and the Mercury nomination was one of the key objectives we agreed with Simz right at the start of this campaign, so we are very happy to have been able to achieve that objective. The nomination gave us lots of opportunity to move up a gear at press, radio and TV, supported by statement advertising and a new phase of the retail campaign, as well as building further on our existing very good support at DSPs.

"The nomination also came at a great time for Little Simz Internationally. She will be heading out on her Grey Area European headline tour in late September, followed by dates in Latin America in November, where we intend to use this recognition alongside the acclaim the album has received to date to grow and expand her fanbase, and re-approach media and DSPs for bigger features and opportunities."

How is the campaign going internationally?

"Simz’s profile is growing steadily internationally. The critical reception around Grey Area has been amazing everywhere, as has the response to her live shows. Already this year, Simz has toured Australia, Japan, North America and wowed festival-goers across Europe. She’s also performed shows for Radio Nova in France and Berlin Arte Live, as well as doing sessions for Triple J in Australia, with much more to come this autumn. We’ve seen strong support from DSPs, with Simz gracing the cover of the Butter and Galdem-Queens playlists on Spotify, partnering with Beats and YouTube for album launch events in LA and London and recording a track-by-track in Paris for Deezer. Outside of the UK and North America, France, Germany and Australia have been our focus markets up to this point in the campaign, which is represented in the streaming breakdown. But we now have a great opportunity to more aggressively pursue other emerging markets for Simz."

How important an opportunity is the ceremony itself?

"She has a fantastic stage presence and an amazing band. It should be a wonderful show!"

How can AWAL help artists like Simz with an independent ethos?

"AWAL has been designed for business-savvy artists, who want to be in control of their careers. It offers everything that an artist would need to maximise their potential on a global basis, from A&R, creative marketing strategy and international campaign coordination to playlist and radio promotion, retail sales and distribution. AWAL therefore offers independent artists a genuine alternative to the major labels, with all the services, expertise and global network that an artist needs whilst retaining their rights."

To go inside the Mercury Prize judging process, pick up the latest issue - or subscribers can click here.