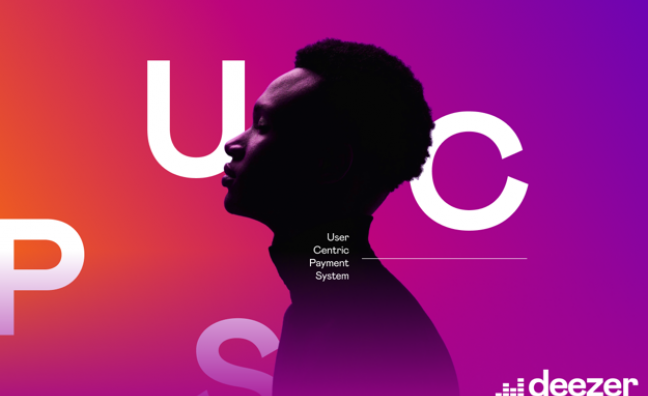 Deezer has outlined plans for its new User Centric Payment System (UCPS), which is set to launch in France in early 2020.

The model, which bases royalty payments on music listened to by subscribers, rather than the current market share-based system, is fairer for artists, according to the streaming service.

Speaking at a press briefing at its Paris headquarters last week, Deezer's chief content and strategy officer Alexander Holland said: "This is fairer than before, we have no other super intention than that.

"I think it's a better way and I think everybody should adopt it. But I do not reserve for myself to to tell other streaming companies what they should and should not do."

"We're now a very important financier of the creation of music in France," he said. "The streaming industry right now, through its paying system, generates more revenues towards specific genres loved by younger users, to the point that... important genres for people above 35 and 40 have their artists making less money than expected in the previous world, where each CD was sold, and the money was going artist by artist.

"We have started to take that mission to try and change the way the money is reallocated. It doesn't have any impact on Deezer turnover in France, nor globally. But we believe it has an impact in the way we impact creativity, hence, the music we will bring to our users in the future.

"Just in France, UCPS is going to have the top streaming artists make, maybe, 10% less revenues. And on the other side, those who are making very weak revenues are going to be maybe making 30% more. We believe that this readjustment, which is tiny, can help a lot of artists who today are not getting any dime from the streaming business."

Some labels love it, some labels hate it, some change their minds and some have divisions within them

Holland admitted the move had garnered a mixed response from record companies.

"I think we're doing a good job of convincing even the majors that this makes sense," said De Gemini, who added that the current health of the market provided an opportune moment for the company to press ahead with its plans.

"Right now, whatever happens next year will be 30% bigger than this year in terms of revenues," he said. "So even though [an artist] is losing 10% of his revenues, next year he will make still 25% more, so he doesn't give a shit because he will get more money. If we do that when the market is flat, then artists will get mad about it, and we won't change it anymore. So we have this window of opportunity."

In addition, Holland suggested that UCPS could help to create a closer connection between artists and fans, as well as prevent fraud.

"If you use Deezer very actively, and you know that all the money that you spend on this goes to the artists that you love I think it gives you a much better feeling," he said, adding: "It will not be the silver bullet against all fraud and eradicate fraud from this planet, but one typical and relatively prominent way of fraud is bot-created streams. So this form of fraud would not be possible."

Deezer is encouraging music fans to explore the site, learn how a UCPS benefits artists and genres and help by spreading awareness of UCPS on social media through the use of the #MakeStreamingFair hashtag.

Premium subscribers can also use a tool on the website to see and share exactly how much of their subscription revenues today go to artists they listen to, as well as how they would be supporting their favourite artists if UCPS was in place.

"Now we want to push this out into a slightly wider audience, including the public and especially Deezer users, to showcase to them what user centric is and how this looks," explained Holland.