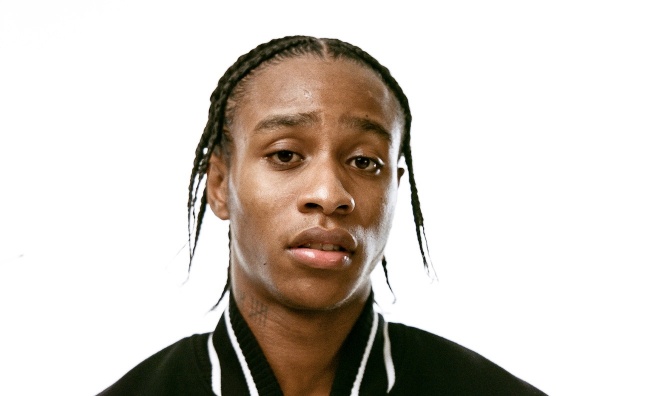 We caught up with head of marketing Bradshaw and A&R manager Haynes, who signed Clavish in 2020, at the end of a frantic week that saw Clavish debut at No.9 with Rocket Science (feat D-Block Europe).

Clavish has announced the release of his 28-track debut mixtape Rap Game Awful, which is out on January 13. The tape also features Tiggs Da Author, MoStack and Fredo, among others. He was nominated for Breakthrough Artist Of The Year at GRM Daily's Rated Awards and is shortlisted for Best Newcomer at this month's MOBO Awards.

It seems that big things beckon. To find out more, we asked Bradshaw and Haynes about their work with Clavish so far.

Why did Rocket Science do so well this week, what is it about the song that resonates?
Piers Haynes: “It’s an incredible record with exceptional writing, from start to finish every section of the arrangement has so much importance. Clavish is the hottest rapper coming out of the streets and one of the hottest new domestic artists, the collaboration with D-Block Europe was unexpected, but it works so perfectly.”

How has the label amplified that in the campaign?
Jade Bradshaw: “Authenticity is at the core of this campaign and that’s reflected in the way people have instantly connected with the song. Clavish collaborating with an act like D-Block Europe doesn’t need any tricks or gimmicks. You’ve got the hottest up-and-coming rap act in the UK right now and one of the biggest rap duos we’ve seen. From the moment Clavish began teasing the single, we could not only see its potential by looking at the data, but also by tuning into the fan community conversation. Growing and most importantly understanding Clavish’s fanbase over the past two years has been at the centre of our strategy. Daniel [Mburu, marketing manager] and Wardah [Sempa, digital creative strategist] and the team have been laser focused on every element of discovery and communityin a bid to build momentum and a strong core audience ahead of Clavish’s debut mixtape. We’re seeing the fruits of that labour now, Clavish has a super-engaged and loyal fanbase.”

The bar is set for the heights we will take Clavish to in 2023, so get used to seeing him everywhere!

The track has been everywhere this week. Where have people been consuming it most?
JB: “The video has been trending at No.1 on YouTube since launch, which is incredible. All our partners really came to the table to support in a big way with brilliant profile and editorial support from the off as well as radio playlist adds across specialist stations. There are a lot of ‘firsts’ in this campaign for Clavish – his first YouTube No.1, his first Top 10 single, his first Spotify UK Top 5 and his first release to enter the Top 15 on Apple Music, among others. We’re already seeing impressive consumption numbers on the pre-release product on Apple for the mixtape. The bar is set for the heights we will take Clavish to in 2023, so get used to seeing him everywhere!”

Why did Polydor sign Clavish, what does he bring to UK rap?
PH: “I signed Clavish nearly two years ago, what's happening now is a result of artist development and a result of a lot of time and hard work. However, even before all this, Clavish always felt special, like one of those remarkable and rare artists that won’t just be part of a scene or genre, he’s one of the ones to actually push the genre forward while amplifying the culture around it. It’s not just about what he brings to UK rap, it’s about what he brings to UK music and the way he can simultaneously connect with the streets as well as a wider audience. Not everyone can do that, especially not in the authentic style that Clavish does.”

His debut mixtape has 28 tracks, what's the thinking behind such a wide-ranging project and what can people expect?
PH: “Clavish is constantly evolving. Right now, he has a story to tell, it’s incredibly important that this debut mixtape allows him to have the space for him to say exactly what he needs to in the way that he wants to. The project consists of material written in the earlier stages of his career, songs that are so important for his long-standing fans to hear, as well as material that’s been written with new collaborators like Jon Hoskins, Kyle Evans and Two Inch Punch. The mixtape is a perfect balance of Clavish expressing where he’s come from and his previous life experiences, to where he is now, both personally and artistically.”

What are your plans for 2023, what level do you expect him to reach by the end of the year?
PH: “Our plans for 2023 are what they were for 2022 and 2021, to keep our heads down and keep working hard with taste, credibility and authenticity being at the core of every decision and move we make. I want Clavish to be as big as he can possibly be, however the focus remains on making good music and ensuring Clavish keeps developing as an artist, everything else will be a by-product of that.”

Finally, will Polydor’s UK rap roster keep expanding?
JB: “We’ve made some really promising signings in the UK rap space in the past couple of years, signing Clavish, Bandokay, M’Way and most recently M1llionz. We want to continue working with authentic artists to grow and help build long lasting, meaningful careers. Artist development is something we have been extremely focused on throughout 2022, and we’ll be keeping this at the forefront of our agenda for 2023.”