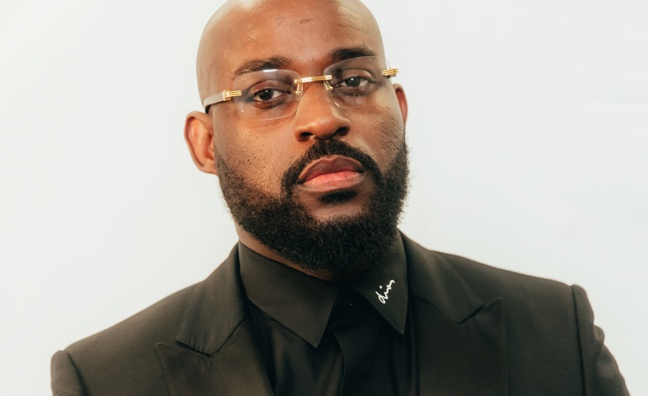 This week, GRM Daily is celebrating the milestone of five million YouTube subscribers. To mark the occasion, Music Week meets co-founder Koby 'Post' Hagan to hear the story of a Black British music empire. In an extensive interview, we talk growth, going viral and creating a lasting legacy...

Since its launch in 2009, GRM Daily has played an instrumental part in building the now thriving British Black music scene by unearthing and continuing to support some of the biggest names in grime and UK rap.

This week, the platform is celebrating a significant landmark: GRM now has more than five million subscribers on its YouTube channel.

But the road to greatness certainly hasn’t been smooth, and the man behind it all can attest to GRM’s journey involving many ups-and-downs, from the early days of trying to keep afloat a fledgling website that shut down regularly from the weight of its traffic, to its YouTube channel being deleted without warning and having to start over from scratch.

GRM Daily co-founder Koby ‘Post’ Hagan heads up the GRM universe, which, beyond its YouTube channel, website and Daily Duppy freestyle series, includes its annual Rated Awards, the star-studded GRM Gala, a label partnership with Parlophone and a radio show on Apple Music.

“We think a lot about being able to continue to do a good job and be relevant, that's pretty much what's important,” begins Hagan, sitting down for his first Music Week cover interview. “Obviously, we're celebrating [passing five million subscribers] because it's a milestone that deserves it, but it’s really important to understand that this is really all about GRM as opposed to the person behind it. I never really look at GRM as mine, even though on paper it is. It's more something that has belonged to the people, especially the artists.”

The self-effacing Hagan also deflects attention from the numbers behind GRM’s rise, but they are impressive: to date, the GRM YouTube channel has accumulated six billion views in more than 200 countries, with a watch time of over 226.8 million hours. GRM’s impact is further highlighted by the fact that the most viewed music video in the UK in 2021 – Tion Wayne and Russ Millions’ Body (Remix) – was released via GRM.

Hagan says that GRM is proud of its track record in helping emerging acts establish themselves.

“It’s about being able to break new artists and doing so consistently over the years,” he says. “Body being the first drill track to be No.1 and having such international success is incredible, but actually being a part of Tion and Russ' story as artists is more important to us. Being able to say that we have been a part of all these incredible artists’ careers since their inception, and continuing to do so, is what we're really proud of.”

Speaking to Music Week to mark the occasion, Hagan expands on the brand’s journey to this point, GRM’s role in the rising global popularity of British Black music and much more… 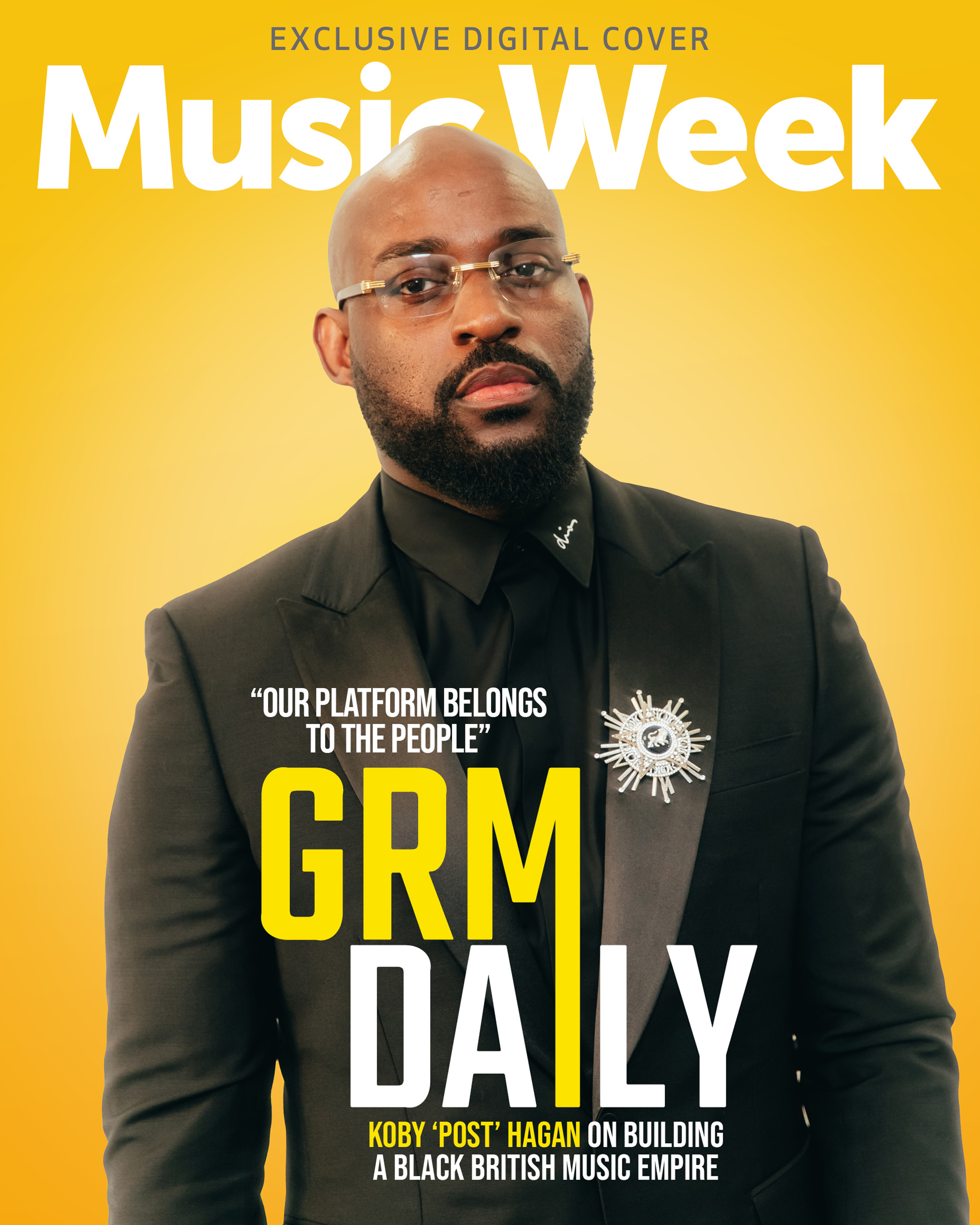 Firstly, what does GRM’s growth say about the UK rap scene more generally?
“It says a lot, but I don't like to call it ‘the scene’ anymore, though. I just feel like ‘the scene’ sounds so segregated now. Maybe at the start, you could call it a scene because it was like a group of people buying into something, but now it's just national, and even international. But I guess that answers your question, being a platform that boasts such numbers is purely a reflection on what we put out, which is Black British music. So I guess it really just shows the exponential growth of the audience that is actually really interested in this type of music.”

Can you put your finger on the biggest factor in getting GRM to this level?
“I feel like we have probably got to this point because of the earlier hurdles. Our channel was deleted a year after its inception and we didn't return to YouTube again till 2011. So we had to really start afresh and just crack on. We were doing so well when it all got taken away from us, so now we really appreciate it. We wanted to dominate the space.”

What kept you going in tough times?
“I think it was really fulfilling our dream and vision. Previously, Black music was not the biggest thing in England and it didn't really make sense as to why, because representation of the music was so big in other countries. I think it was due to a lack of platforms and diversity within those platforms. We already knew that there was an audience there, so that kept the drive to actually realise that vision going, because it was a realistic fix. The second thing was getting closer to having a purpose, basically, because we really live and breathe British black music, we grew up on it and we really understand it. And because that is one of the sole purposes of our beings, we didn't really want to do anything else.”

Daily Duppy has become a centrepiece of GRM, what was the original inspiration behind it?
“Daily Duppy really came about because we wanted to call our show something specific, initially it was an artist freestyling with no branding attached to it. But with the success of Jamal Edwards’ F64 on SBTV… He had this concept of your favourite artist doing 64 bars and that became a brand. That really took off for him and it had the streets going crazy, it was great. So, as a competitor in that space, we had to think of something that would be cool enough to rival that, as at the time the F64 was just dominating everything. With Daily Duppy, the idea was to make artists want to do this as well as doing an F64. The idea of adding animation helped bring it to life because it distinguished it and embodied its life as a freestyle show.”

You took part in Music Week’s recent tribute feature to Jamal Edwards. How do you reflect on his legacy?
“We really lost a true pioneer of Black British music, someone that was one of the first people to carry on what things like Risky Roadz and Practice Hours and all those legendary DVDs did. He replicated that kind of content on YouTube, which was a relatively new platform at the time. Everything that he was able to accomplish with his brand at such a young age was nothing short of impressive. He opened doors for a lot of UK artists and represented Black British music extremely well. He was nothing but a gentleman and very professional throughout his career. So, it's a major loss to UK music.”

Where would you say GRM is at in terms of your goals for the year?
“The GRM mindset with myself and the team is to always outdo ourselves from the previous year. There are certain touch points that we accomplish every year now like the Rated Awards, the GRM Gala and releasing music… We’ve just started doing a Christmas dinner as well, which is a really great event for the artists. So we have to hit these benchmarks every year and everything we do on top of that is a bonus. In 2022, GRM is exactly where it's supposed to be.”

How do you think the music that GRM has featured over the years has impacted British culture?
“I actually think it's the opposite. I think the culture has an effect on the music because I feel the music can only resonate if it comes from culture, if that makes sense. But then obviously with people that aren't from the culture per se, it does have an effect in terms of giving people a wider understanding of what Black music sounds like, what Black culture is like, or what London and [various] places all over the country are like. It just gives an insight into how people are and how they live.”

Looking back over the past couple of years, how do you feel GRM has held up during the pandemic?
“To be honest, we actually grew during the pandemic. It didn't really affect us negatively. When the pandemic first struck, people were finding it difficult to adjust to the new parameters [and working out] how to shoot videos and how to record music. As time has gone on, people have adjusted to make things work for them. People still have to be able to do the things they love and provide for their families, so things have gotten a lot better and I feel things are back on track.” 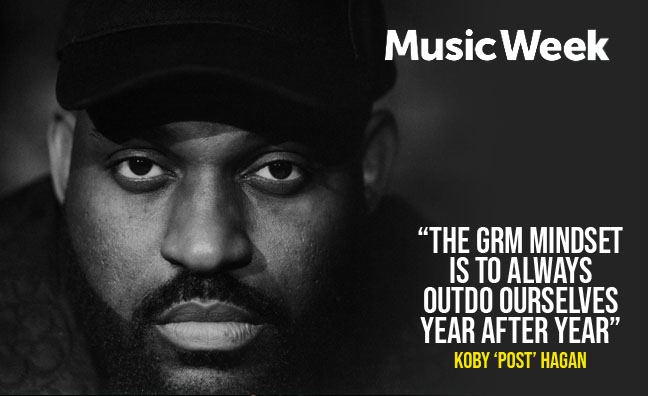 With Black British music being so huge now, do you think platforms such as GRM get enough respect from the wider business?
“Most definitely. I feel like there is quite a lot of respect and representation in the music industry. I was very impressed with the BRITs this year, it was very inclusive, respectful and was an accurate [representation] of what's going on out there. To be able to see Little Simz and Dave perform and pick up awards that they highly deserved was incredible. And, looking at the audience and the people and the artists that were in attendance, it was very representative. Obviously, there's room to grow, as with anything, but I definitely feel like there's more respect now than there's ever been. A lot of people have shared our vision and there was really a need for this industry to win, so seeing how successful the industry is now just reinforces [the feeling] that we were destined to do this.”

GRM partners with Parlophone on your label JV. How has that worked out for you?
“We're able to have a lot of fun with the singles that we put out. You know, we're working in an almost DJ Khaled capacity where we bring together artists that you might not expect. For example, we’ve got a single with Tion Wayne and Giggs coming out. We've done that now for the last four years, and had a lot of successful singles. In terms of artists we sign and music that we put out, it's all about quality. Before we had the record label situation, we were already doing A&R by going out there scouting new talent and trying to break new artists. So if anyone understands, it would be us.” 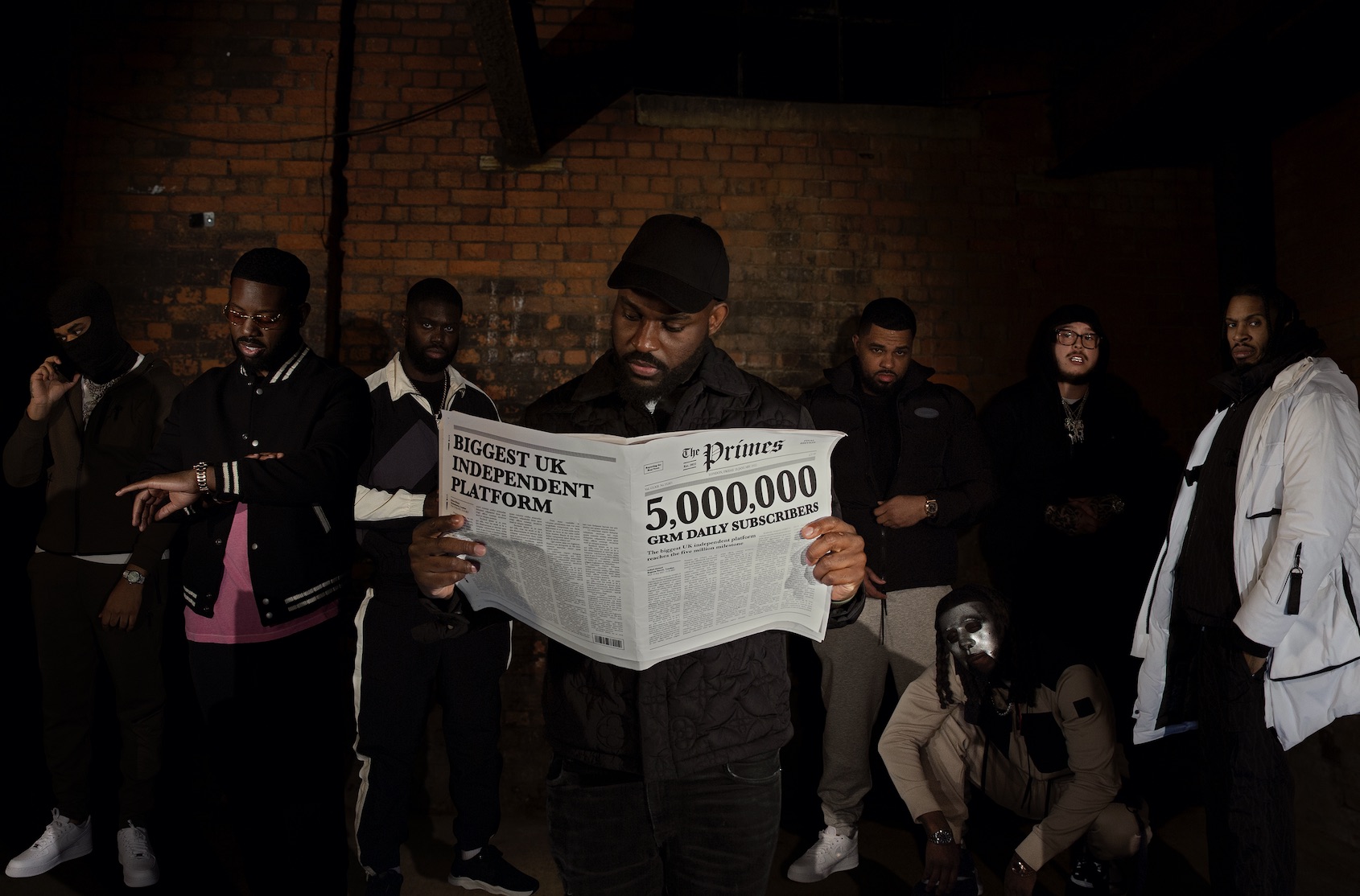 Finally, what do you think the legacy of GRM will be?
“I feel like the legacy has already been built. With all the people and artists we've been involved with, they will remember certain touchpoints in their life forever. Their first million views plaque might say ‘GRM Daily’, or their first award might be a Rated Award that’s now sitting in their living room. I heard Potter Payper on the BBC and he had a lyric that said something like: 'Now they invite me to the Gala'. And being one of the organisers of that event, you can get lost and not realise the gravity of how big what you are doing is. Then someone with a Top 5 album, a really successful artist, says that in a song and you realise it is a big deal. So that is what I want our legacy to be, and it already is. To carry that on is important, as is breaking new artists consistently each year and helping people provide for their families.”