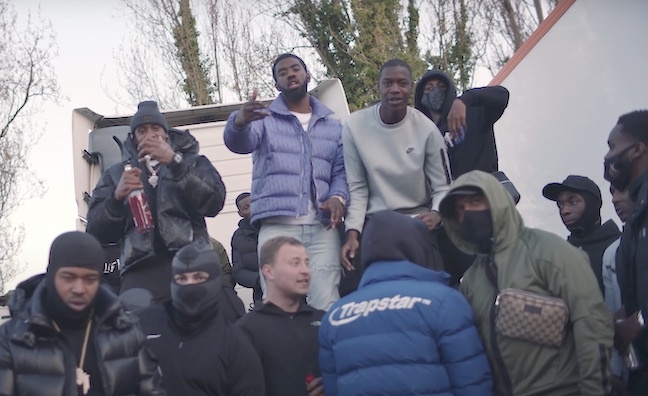 The list compiles the 10 official music videos that received the most views in the UK after being uploaded in 2021.

Coming in at No.1 is Tion Wayne and Russ Millions’ all-star Body 2 video, featuring Arrdee, 3x3E! & ZT, Bugzy Malone, Fivio Foreign, Darkoo and Buni. The track was the first ever drill track to hit No.1 on the UK Official Singles Chart.

It also helped featured artist and recent YouTube Music Artist on the Rise ArrDee to become one of the year’s breaking talents.

YouTube Music has not disclosed UK audience figures for the videos it has ranked as a Top 10. Body 2 has more than 77 million views globally.

The original version of Body also features in the chart at No.7, making Tion Wayne and Russ Millions one of only two acts to feature twice. Olivia Rodrigo also has two videos in the Top 10 with Good 4 U and Drivers License.

The two Body videos also stand out on the chart as the only videos that weren’t uploaded by the artist’s official channel. Instead they were both featured on GRM Daily, which now boasts 4.7 million subscribers.

YouTube Music’s chart features a majority of UK artist releases - six out of the Top 10.

As well as reaching No.1 in YouTube’s chart with Body, Atlantic Records also had the second biggest video in the UK with Ed Sheeran’s Bad Habits.

UK rap had a strong showing on the platform. Dave’s Clash (feat. Stormzy) made No.8, while Central Cee - another YouTube Artist on the Rise - finished at No.9 in the UK with Commitment Issues.

Dan Chalmers, director of music, YouTube EMEA, said: “YouTube has always been the place where any artist of any genre can break and this list is testament to that with drill at number one and featuring the same video twice in one list. It’s a true reflection of what is going on in Britain today.”

3 The Weeknd - Save Your Tears