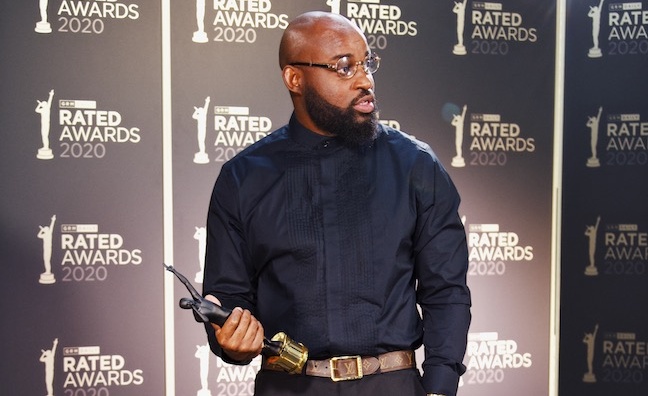 GRM Daily founder Koby ‘Posty’ Hagan has spoken to Music Week about the rise of the online platform over the last decade.

In the latest edition of Music Week, Posty and YouTube’s Dan Chalmers discuss the unique power of GRM Daily in helping to break and support artists.

Since launching as a video hub in 2009, GRM Daily has gone on to help break generations of UK talent, from Tinie Tempah to Stormzy. Today, it has 3.2 million YouTube subscribers and over 3.6 billion views across its channel.

Here, in our online Q&A, Posty takes us inside GRM Daily and its ambitions for artists…

What was the aim for GRM Daily at the start?

“We wanted English rap music and grime to be the biggest thing in the country. Growing up, hip-hop and stuff was the biggest thing in France and America, but here it seemed like it wasn’t for some reason. I feel it was a lack of platforms or a home that people could use every day and actually find this stuff, everything was so scattered around. We really brought everything together, that was the aim.”

How do you feel about what you’ve managed to do in terms of changing the music industry itself?

“It’s played a helping hand, it’s contributed, but the artists have had an incredible helping hand too. If it wasn’t for how great they were, people wouldn’t want to watch GRM or any other platform really. It was something we created to build a home for all these great, magnificent artists to come to and their work did the talking. We just had to match their efforts every time a new boundary is broken and try to create things that will sustain this for a long time.”

Have you noticed the way the industry has reacted to it?

“We magnify everything. If there’s anything good out there and it happens to be on GRM, you get this big magnification of how good that song or artist is because there are so many eyes and numbers on our platforms. That’s pretty much the role we play in the industry, a lot of A&Rs and press and people that want to find out what English music is about use GRM as an outlet for that.”

You talk about US hip-hop and how that was an inspiration, how has the boom in the UK happened?

“The documentary is called Together We Rise because it’s been such a joint effort of not only GRM, but so many other platforms, A&Rs, artists that have contributed. It’s like there was this unspoken goal among so many different types of people to actually make rap and grime music the biggest thing we possibly could. Because people were pushing towards the same goal for so long, one day some doors had to be broken and something had to give.”

Social media has been booming with GRM too, how do you stay ahead?

“My generation and the generation behind me, we’re internet babies, so the reason GRM took off at the start is because there was a gap in the market for something like it and we recognised the technology was available to create something like this. So with all the enhancements and new technologies, we just try and keep up with everything that shows promise and is tasteful to what we do. That’s how we keep up with new trends and all the things people are using these days to communicate.”

What is GRM’s relationship like with the artists you cover?

“GRM is always a home to any artist we work with, even if they move on from our platform to their own platforms, we still maintain a strong relationship with the artists and we still push the music as much as we can, on our platform or not. Our main goal is still to make this music as big as it can be, we’re always intertwined in any artist that’s come from our platform or makes our music, we always keep a strong bond, it’s not a personal goal for us, it’s a wider goal.”

S1mba broke your 24-hour record for views. There’s so much new talent, how does the current wave compare?

“Definitely still as excited. A lot of artists that were here 10 years ago laid a lot of foundations for what is happening today, they set the precedent for the types of music and how people should approach British music. A lot of people around today have grown up on that, so they’re carrying the baton from the people who have already set a precedent while bringing their own thing, so it’s exciting to watch and see where the new artists take the genre and what they do with the responsibility.”

What are you focusing on now?

“Together We Rise tells the story of where we come from and where we’re trying to go, it gives the viewer a look behind the scenes at GRM and our motives and why we do what we do. I’m excited about that. Hopefully we’ll do the awards again next year. The pandemic situation limits any other physical plans and we’re adjusting to that and trying to work out how to survive this and also adapt to the situation. That’s what we’re focusing on.”

See the latest edition of Music Week for the full story on GRM Daily and YouTube – subscribers can click here.