'Thanks for the music - and the mayhem': Tributes to Music For Nations founder Martin Hooker 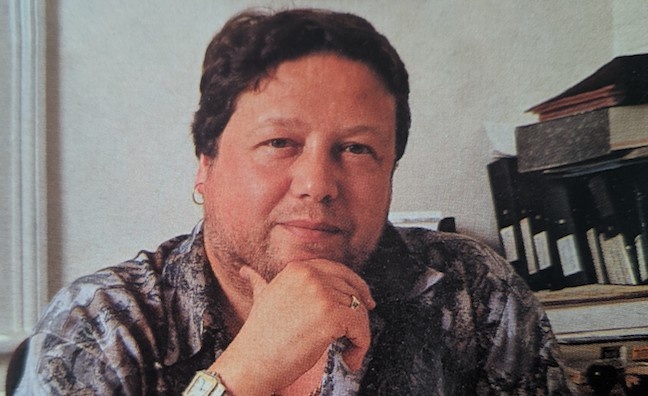 Tributes have been paid to Music For Nations founder Martin Hooker, who died last month following a long illness. He was 66.

Acts including Metallica and Twisted Sister have shared memories of the rock pioneer. Hooker worked at EMI before founding Secret Records in 1980, where he signed The Exploited and Twister Sister.

In 1983, Hooker launched Music For Nations, which went on to release albums by Metallica, Slayer, Anthrax, Megadeth and Exodus.

“Without Martin, we wouldn’t have a number of household names in the rock and metal world, and he is a sad loss to the world. Thanks for the music – and the mayhem. Long may this continue in the spirit of Music For Nations today. I hope you would see your legacy in safe hands. RIP, Martin.”
Julie Weir, label head, Music For Nations

“History does not always acknowledge that specific person who was first to discover talent and see its potential. Martin Hooker was that first person I met, while living in the UK, who knew what he had in Metallica.”
Peter Mensch, co-founder, Q Prime

“We were deeply saddened to hear that Martin Hooker, the man who formed Music For Nations – our first UK record label –  back in 1983, had passed. Thanks to Martin’s unwavering support, Kill ’Em All, Ride The Lightning and Masters Of Puppets all went gold in the UK, and just as importantly, he and MFN helped make England a warm and welcoming place for us at a vital time in our career. Thank you for the love, support and memories Martin, rest in peace.”
Metallica

“Martin Hooker was the first guy with the sack to sign Twisted Sister. He recorded and released Under The Blade and gave us just enough push to make it to Atlantic Records. Also, he caught a piece of fruit thrown at us at the Reading Festival on the fly... and ate it!”
Twisted Sister

“My memories of Martin are one of a soft spoken man who was always open to my ideas – often disregarding the marketing costs – and of his oxblood Dr Martens boots. A true pioneer who put heavy music on the map, but also – of great importance – did it with very fair deals to the bands. Thank you for everything and believing in me as a youngish manager, even allowing me to sign a few bands to Music For Nations.”
Andy Farrow, MD Northern Music

“Martin was someone who loved music, it was his mana and his passion. When he believed in you, his energy and enthusiasm were infectious, he made you believe in yourself too, and helped [support] the longer vision of building a band over a career, not just an album or two. At Music for Nations, he gave you the tools and time to develop, and as a young band still finding their way, that freedom he gave us was invaluable – it made you want to succeed for him as well as yourselves. Thank you, Martin. Rest well, old friend.”
Aaron Aedy (Paradise Lost)