'This is going to run all summer long': Tom March on the Mamma Mia! phenomenon 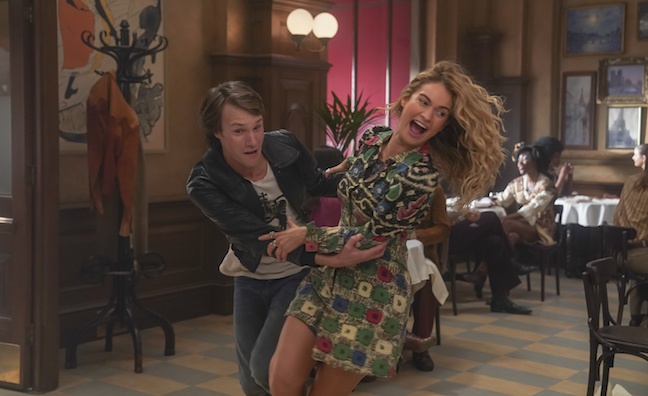 Mamma Mia! Here We Go Again is heading for a fourth week at No.1 as the film also sits at the top spot in the UK. But this week the album is facing a battle from 2018 soundtrack champion The Greatest Showman.

As the two OSTs go head to head, Polydor co-president Tom March has told Music Week he is “encouraged to see the appetite for musicals”. He said it follows past success for the label with La La Land, Les Miserables and the original Mamma Mia!, as well as non-musical soundtracks including this year’s “phenomenal” Black Panther album featuring Kendrick Lamar.

“It’s hugely encouraging,” said March. “Mamma Mia! set the standard a few years back, so we are aiming to do exactly what we did with the last record. If we do that it will be a huge, huge success – all the indicators are showing it will do just that.”

“Three ABBA-related products in the Top 10 is exceptional – people are loving and really responding to the music, and everywhere you turn this film is taking over,” said March. “You need songs and you need a brilliant movie to drive this and I know we’ve got both of those. Word of mouth [on the film] is exceptional – this is going to run all summer long.”

As well as TV advertising featuring behind-the-scenes recording footage to distinguish it from the movie commercials, Polydor has worked with influencers to help reach a young audience and encourage user-generated content. A 360-degree music video for Waterloo was made available on Facebook 360, YouTube 360 and Oculus Go.

A key part of the campaign was to classify both Mamma Mia! records as artist albums, which meant changing the original record’s chart eligibility just weeks ago. It was a move that has so far prevented The Greatest Showman from surpassing a chart record set by Adele.

“It was very important to me that this project was seen as an artist project in the artist chart,” said March. “It deserves to be in the artist chart, the first one should have been in the artist chart. It’s nothing to do with The Greatest Showman, it’s simply that there’s a lot more kudos from having a No. 1 record in the Albums Chart than the Compilations chart - it’s the better chart to be in!”