'This is the beginning of a new era': PPL PRS JV is go 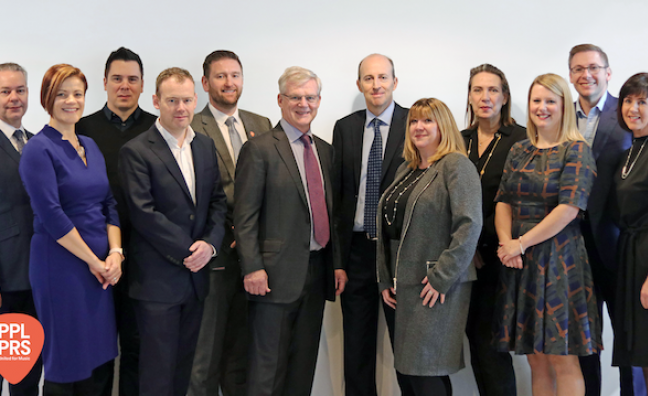 It has been a major focus of activity for both PPL and PRS For Music since 2016. The JV secured a Leicester location for the operation and appointed Suzanne Smith as MD last spring.

The two companies generated almost £270 million from the licensing of live and recorded music to businesses and organisations in 2016. It makes the new JV the biggest of its kind in the world. Earlier this month, Music Week gave notice the launch was imminent in an interview with PRS CEO Robert Ashcroft, who said the project had been delayed by a number of technical glitches. Music Week broke the news of the JV way back in February 2016.

The 200-person company is based in Leicester and aims to to offer a streamlined service with one licence covering both PPL and PRS For Music.

PPL chief executive Peter Leathem said: “In PPL’s 84-year history, the joint venture with PRS for Music is without doubt the most ambitious project that we have undertaken. To navigate the complexities and achieve it within two years is testament to our close working relationship with PRS and the commitment of our respective teams. This is an important moment for the music business at large and is a move towards greater efficiencies for our licensees and greater returns for our members who create the music enjoyed by those we license all around the UK.”

PRS For Music chief executive Robert Ashcroft added: “We have invested years of effort and millions of pounds to simplify music licensing for UK businesses and on behalf of PRS for Music, I am delighted to launch what is the largest joint venture of its kind in the world. This is the beginning of a new era in public performance licensing, which will bring real benefits to our members and customers alike.”

Suzanne Smith said: “We are very excited to now offer customers of both PPL and PRS for Music a more streamlined approach for licensing their businesses to play and perform music. With the launch of The Music Licence we are providing one licence and one contact, enabling companies and organisations to enhance their customer and employee experience by playing music in their premises.”

The Competition and Markets Authority cleared the launch of the JV in 2016. The Board of the new company will comprise PPL PRS senior management team members as well as representatives from both PPL and PRS for Music.

PPL and PRS for Music will continue to operate separately in the other areas of their businesses, including representing their members, collecting royalties from international societies and licensing broadcast, online and recorded media customers.