Unhappy shoppers?: What changes in supermarket retail mean for the music biz 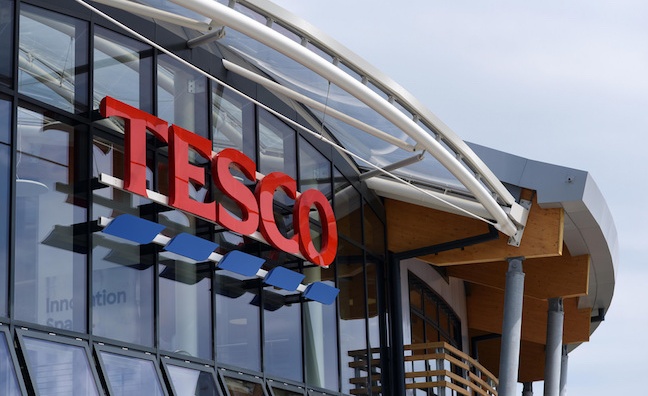 Like the wait at the till on a Saturday morning, it’s been a long time coming. But, as exclusively revealed in this week’s Music Week, changes to music retail space in Tesco and Sainsbury’s mean that, while the end game for physical music is still a long way off, we may well be entering the beginning of the end.

To sum up those changes: numerous sources across labels and retail have told Music Week that Tesco has made “significant” cuts to the range of CDs it carries. Tesco refused to comment, although sources at the grocer suggest a less clear-cut “refocusing” on the top end of the market, with vinyl boosted in many stores.

The picture at vinyl pioneer Sainsbury’s is similar, where the arrival of Argos concessions in many stores has hit music and other non-food space. The situation there has also been exacerbated by the departure of respected music & books trading manager Pete Selby and his entire music buying team, leaving them short on the specialist knowledge so essential to the sector.

It adds up to a bleak picture for a sector that sold almost one third (31.6%) of physical albums in the UK as recently as 2015 (according to ERA). It was 27.4% last year, while the latest Entertainment Retailer Barometer from Kantar Worldpanel acknowledged the shrinking space for entertainment in supermarkets and showed Tesco’s share dipping across music, games and video, dropping to 10.3% in the 12 weeks to July 1, from 12.5% the previous year.

The biz has ditched formats too early before and lived to rue the consequences. Abandoning a section of consumers that may never embrace alternatives is not a move to be made lightly...

It’s hard to blame the supermarkets for falling out of love with physical entertainment. They are in competition with online retailers such as Amazon and cheaper alternatives such as Lidl and Aldi, which puts pressure on every product that’s not delivering volume and margin. Right now, music delivers only occasionally on the former – The Greatest Showman, Now 100 and, perhaps Mamma Mia! Here We Go Again are the only albums you’d call supermarket blockbusters so far this year – and even more rarely on the latter (at least outside the grocers’ burgeoning vinyl sales).

The biz, meanwhile, has both eyes on streaming these days – and the success of The Greatest Showman on that format suggests even the natural supermarket consumer is now Spotify-compatible (or maybe Alexa-friendly). But the biz needs CDs to remain part of the supermarket mix, for essential gifting sales and for the sort of critical consumer mass that will help protect specialist retail from any domino effect.

It is, of course, streaming that’s powered the music biz boom of the last few years. But the biz has ditched formats too early before and lived to rue the consequences. Abandoning a section of consumers that may never embrace alternatives is not a move to be made lightly.

If the biz is serious about keeping physical music alive, there should be more grocer-friendly releases and campaigns, maybe even some exclusive editions. And they should happen fast: you suspect the supermarkets are just another lousy Christmas away from much more drastic cuts.

After all, as Tesco themselves would say, every little helps.