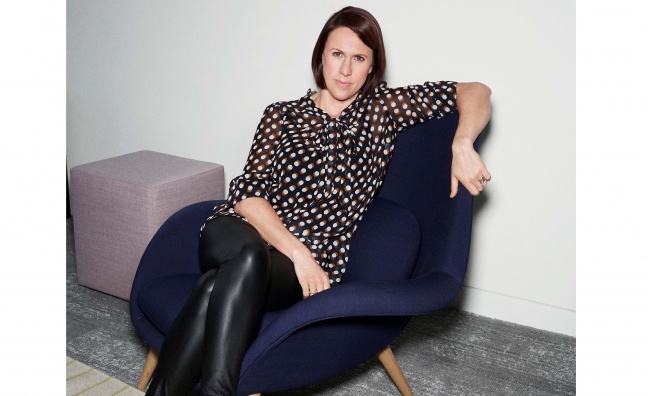 The UK’s No.1 record company has a new name and a new president – with Rebecca Allen taking over as president of a rebranded EMI Records.

The label has been known as Virgin EMI since 2013, after a merger between Mercury Records and Virgin Records in the wake of Universal’s acquisition of the iconic British major EMI. The Virgin Records imprint will continue under the EMI banner.

The popular and highly-rated Allen arrives from Decca Records, where she worked her way up the ranks from the press department to label boss. She has been president since 2017, becoming Universal’s first female label president, deftly handling the label’s 90th anniversary and rebooting the company into a multi-genre powerhouse. Already one of the highest-ranked female executives in the UK recorded music business, she was named Businesswoman Of The Year at the 2017 Music Week Women In Music Awards.

“Growing up in London, EMI was the most iconic brand in British music,” said Universal Music Group chairman & CEO, Sir Lucian Grainge. “When we acquired the company, we committed to new investment, innovation, creativity and, of course, leadership. Not only have we delivered on that promise, but we continue to position EMI for the future.

“The appointment of Becky Allen is a testament to our long-term commitment, and our adamance that the EMI name will mean as much to a new generation of artists and fans as it did for mine. Becky is such a strong leader – creatively and commercially – and has the values, dedication and acumen to keep EMI as the unquestioned home for some of the UK’s greatest talent.”

“Being asked to reimagine one of the UK’s most important record labels is an incredible opportunity, as is the chance to work with some of the world’s biggest and most innovative artists,” Allen said. “Working with artists, and finding and developing the talent of the future, is what drives me and I can’t wait to get started with building on what the brilliant Virgin EMI team have already achieved.”

“Rebecca’s track record at Decca speaks for itself but her string of successes don’t tell the full story,” said David Joseph, chairman & CEO of Universal Music UK & Ireland. “Quite simply she is an inspirational leader and no one has a greater understanding of what it takes to bring artists and music to new audiences. She is an extraordinarily dynamic and creative executive with the vision and ambition to restore EMI Records to its position as a powerhouse of culture and music discovery.”

At Decca, Allen found huge success with the likes of Gregory Porter, Ludovico Einaudi, Rod Stewart, Imelda May, The Shires, The Lumineers, Michael Ball & Alfie Boe, Sheku Kanneh-Mason and Andrea Bocelli. At EMI, she will work with homegrown talent including Sir Elton John, Sir Paul McCartney, Florence + The Machine and Lewis Capaldi, as well as international superstars such as Taylor Swift, Justin Bieber and Katy Perry.

She replaces Virgin EMI president Ted Cockle who, as reported by Music Week, left the label on Friday evening. Last year, Virgin EMI topped the Music Week/Official Charts Company 2019 market shares in five of the seven key metrics. It also leads this year’s AES standings, with a 10.5% share of All Albums and a 10.4% take of Artist Albums.

Decca will now be run by co-MDs Tom Lewis and Laura Monks, reporting to David Joseph, with Dickon Stainer in the Universal president & CEO of global classics & jazz role.

* To read our 2017 interview with Rebecca Allen, click here. To make sure you can access Music Week wherever you are, sign up to our digital issue by clicking here.