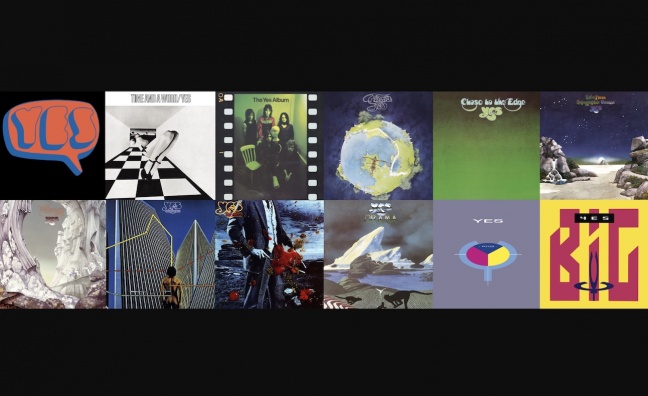 This Yes acquisition continues a longstanding relationship between the band and Warner Music that now spans over 50 years, beginning with the self-titled 1969 Atlantic debut album. The deal encompasses works such as Fragile, Close to the Edge and 90125. The full purchase includes 12 studio albums, as well as live recordings and compilations.

Kevin Gore, Warner Music’s president of Global Catalogue, said: “My introduction to Yes came while working at a record store in Ohio in 1983. I loved the 90125 album and went to see the band live, where I was introduced to their catalogue of incredible songs. I’ve been a fan ever since and we’re absolutely thrilled and deeply honoured that the strong relationship between Yes and Warner Music will continue forever.”

The band added in a joint statement: “The entire Yes family came together and worked enthusiastically with Warner Music Group to secure this historic deal, ensuring that these iconic recordings will continue to be curated in the optimum manner to delight their fans across more than five decades, while also finding and developing new audiences for this timeless music.”

When the progressive rock pioneers joined the Rock & Roll Hall of Fame in 2017, Rush’s Geddy Lee noted in his induction speech: “The music of Yes is still echoing down through the years, showing me that music truly is a continuum.”

Yes became an international arena band after Steve Howe joined in 1970 for The Yes Album and Rick Wakeman in 1971 for Fragile. Drummer Alan White joined in 1972 after the recording of Close to the Edge. During the 1970s, they built a global following, enjoying both critical and commercial success.

A new Yes incarnation in 1983 resulted in the album 90125, which was certified triple platinum in the US and produced the band’s Hot 100 No.1, Owner Of A Lonely Heart. An instrumental track on the album, Cinema, won the Grammy Award for Best Rock Instrumental Performance.

In 1987, Yes released their final album for Atlantic, Big Generator. It was certified platinum in the US and featured the radio hits Love Will Find A Way and Rhythm Of Love.