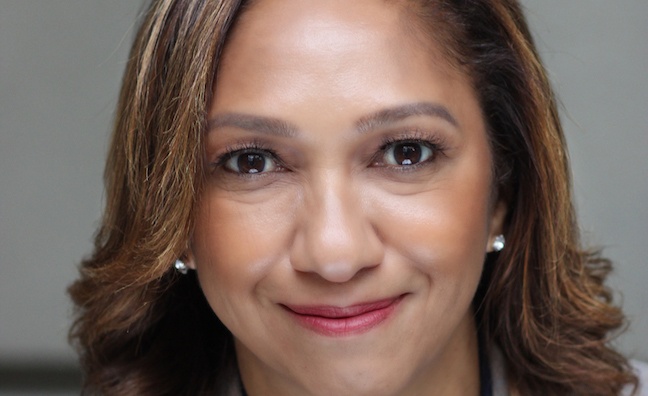 Weaver was most recently SVP and chief marketing officer at Comcast Advertising and previously held senior marketing and creative services posts at Interactive One, HBO and Showtime. She will be based in New York and report to Max Lousada, global CEO of recorded music for WMG.

WEA was previously headed up by Tony Harlow, who moved back from New York to become chairman and CEO of Warner Music UK.

Max Lousada said: “As both art and entertainment, music has an unparalleled power to ignite passion, inspire loyalty, and attract audiences, consumers, and fans. In this attention economy, WEA is the global backbone that connects and strengthens almost all aspects of our artist development and creative marketing strategies. A multimedia innovator, Maria comes to us with three decades of wide-ranging leadership experience. She’ll be a catalyst for change, helping us to redefine our artist and label services as a unified global platform for talent, and to put our artists at the center of a whole universe of possibility.”

Maria Weaver said: “Throughout my time in the TV, film, and cable worlds, I’ve seen how music is one of the most powerful drivers of consumer excitement and demand. The lines between visual and audio media are more blurred than ever, and I’m impressed by Warner’s progressive approach to expanding music’s reach and influence across global platforms. I want to thank Max for this wonderful new opportunity, and I’m looking forward to working with the teams at WEA, EMP, HipHopDX, Songkick, and Uproxx to pioneer the future of music on behalf of our artists, labels, and brands.”

As CMO at Comcast Advertising, Weaver was responsible for all facets of marketing and branding for the company’s advertising sales division, Effectv, including leading its rebrand from Comcast Spotlight. She also oversaw its full-service creative agency Mnemonic, as well as FreeWheel, which provides advertising software and solutions for the television ecosystem.

This year, she launched Comcast Rise, which provides millions of dollars in grants, media, and technology to Black-owned small businesses impacted by Covid. Weaver joined Comcast Spotlight in 2016 as SVP of Marketing, playing a pivotal role in launching several key initiatives, including leading the marketing team's restructure, and the launch of award-winning brand campaigns.

Prior to Comcast, Weaver was one of the founders of Interactive One, the digital division of Urban One (formerly Radio One), overseeing marketing and digital ad sales across all of the Interactive One brands. She previously held various senior marketing and creative services roles at HBO, where she most notably oversaw audience segmentation marketing. According to the WMG statement, Weaver’s content marketing and acquisition strategy led to several of HBO's programming successes, including the launch of The Wire, Def Poetry, and many others.

She serves on the boards of She Runs It, The Frederick Douglass Family Initiative, Figure Skating in Harlem, and the International Radio and Television Society. Weaver holds a Bachelor of Arts in Communications and Media Studies from Pace University and a Master of Professional Studies from Pratt Institute.